Bank Of England Lifts Rate For First Time Since 2018 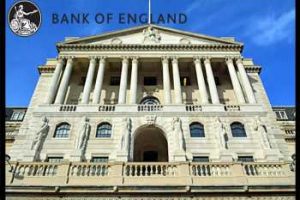 The Bank of England raised its key interest rate for the first time since 2018, despite the new variant of coronavirus Omicron posing downside risks to economic activity.

The Monetary Policy decided to lift its key rate by 0.15 percentage points to 0.25 percent from a record low of 0.10 percent. This was the first rate hike since August 2018.

Eight members including the governor Andrew Bailey voted in favor of rate hike, while Silvana Tenreyro preferred to maintain the rate at 0.1 percent.

Tenreyro assessed that the significant uncertainty introduced by Omicron warranted waiting until February for more clarity before considering a rate hike.

Most members viewed that maintaining the current monetary policy stance when CPI inflation was materially above the 2 percent target and the output gap appeared to be closed might cause medium-term inflation expectations to drift up further.

The committee said some modest tightening of monetary policy over the forecast period is likely to be necessary to meet the inflation target sustainably.

The committee unanimously decided to maintain the bond purchase programme at GBP 895 billion.

According to official data, inflation rose to 5.1 percent in November. Bank staff expects inflation to remain around 5 percent through the majority of the winter period, and to peak at around 6 percent in April 2022.

Inflation is still expected to fall back in the second half of next year.

Bank staff revised down their expectations for the level of GDP in the fourth quarter of 2021 by around 0.5 percent since the November Report, leaving GDP around 1.5 percent below its pre-Covid level.

As the inflation exceeded the 2 target by more than one percentage point, the governor wrote an open letter to the Chancellor.

Bailey said the Omicron variant poses downside risks to activity in early 2022, although the balance of its effects on demand and supply, and hence on medium-term inflationary pressures, is unclear.

Weaker economic growth and a faster fall in inflation will mean that interest rates will not rise to 1.00 percent by the end of next year, Paul Dales, an economist at Capital Economics, said.