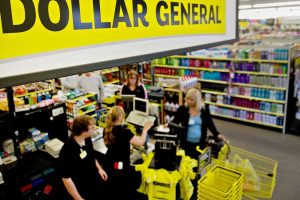 Wayfair sees a chance to make a pivotal move.

The furniture and home goods retailer plans to open three stores in Massachusetts next year. Chief Marketing Officer Bob Sherwin said low rents were a draw. But the need to have customers touch and feel its products and a desire to raise brand awareness also factored into the equation.

"What we know is that customers love shopping online, but they also love to engage in person," said Sherwin.

It wasn't that long ago when many would have thought it impossible to sell bulky items such as office chairs and patio furniture online. But in 2020, Wayfair's sales rose 55% from 2019 to $14.1 billion, fueled by shoppers looking to spruce up their homes during the coronavirus pandemic. In the last two quarters, however, Wayfair's quarterly sales have fallen year over year, as the company lapped those huge gains.

Aside from pop-up shops, Wayfair hasn't had stores before. But it's joining a growing list of direct-to-consumer retailers that are using stores to reach new shoppers and hopefully boost profits in the process.

These aren't the only retailers looking at stores differently. Dollar General and Dick's Sporting Goods are testing out new store formats designed for consumers who previously didn't shop their brands. Department store operator Macy's has even reversed its decision to close some shops that had been on the chopping block. All this activity is sending a signal that stores are actually important.

For the first time in five years, store openings may top announced store closings, according to a tracking by Coresight Research. As of last Friday, Coresight counted 5,083 openings announced by retailers this year, and 5,079 closures — the fewest in five years.

"Stores are more than stores," said Deborah Weinswig, chief executive officer of Coresight, a global research and advisory firm. "And we're still in the early innings of this."

One factor driving the shift could have been the sheer volume of store closures in 2020. Many retailers saw the pandemic as an opportunity to shed underperforming assets, which experts say pulled forward a number of closure announcements.

"We had a lot of bad bankruptcies and closures that really shook out in a concentrated time, and I think a lot of retailers took the opportunity … to get a cover when things were bad," said James Cook, director of retail research in the Americas at JLL, a commercial real estate services business.

"A lot of portfolios have right-sized because of that," added Cook. "And now I think we're going to see a return to organic growth."

While companies like Dollar General, Dollar Tree, Five Below, Tractor Supply and Burlington are opening up new locations by the dozens — if not hundreds — there's another group of retailers plotting growth that's just as important, albeit on a smaller scale.

Rebecca Fitts, director of real estate at Leap and former real estate director at Warby Parker, said demand among direct-to-consumer businesses to open brick-and-mortar locations has never been stronger. Brands like Glossier, which makes makeup, or Outdoor Voices, which produces athletic apparel, fall into this bucket. These retailers largely avoid working with department stores and wholesalers.

"It's really come full circle," said Fitts. "It's been shot out of a cannon this year."

Leap teams up with retail brands including the womenswear line Something Navy, menswear brand Mack Weldon, cashmere retailer Naadam and jewelry chain Aurate to help fill empty storefronts at malls owned by Simon Property Group and Macerich, among others.

Mall vacancy rates nationwide rose to 7.2% in the second quarter compared with a rate of 4.9% in the first quarter of 2020, before the pandemic led to massive store closures, according to JLL. And for lower-tier C-rated malls, which bring in fewer sales per square foot than A- and B-rated malls, vacancy rates were even higher in the second quarter, at 12.4%, JLL said.

According to Fitts, online retailers are looking to open stores to boost sales and turn a profit.

"There's a point you're going to hit online where you can't go any further with folks … when you're going to need stores," she said. "These brands want to make money ultimately, and this is certainly a huge, huge part of the pie."

Eyeglasses maker Warby Parker and sustainable shoe brand Allbirds are two examples. Both recently went public, and both are losing money. The companies are plotting significant store expansion. Allbirds had 31 locations as of Sept. 30 and has said it has only "scratched the surface" with stores. Warby Parker, meantime, plans to end the fiscal year with 161 locations and says it can grow to more than 900 over time. With both brands in the public spotlight, investors will be able to watch how the strategy plays out.

Warby Parker co-founder and co-CEO Dave Gilboa told analysts in November that its stores are "highly productive." Each location makes back its investment in less than 20 months after it opens, he said.

"We deliberately design our stores to serve as billboards and have found them to be highly effective in driving brand awareness, new customer acquisition and in serving our existing customer base," he said during Warby Parker's first quarterly earnings call as a public company.

Warby Parker targets average sales per square foot of about $2,900 at each location, Gilboa said.

'Highest margin channel that we have'

Rhone, a men's activewear brand that started online in 2014, had just signed a lease on Fifth Avenue in Manhattan for its flagship store in February 2020, before coronavirus started spreading widely in the U.S. Like many retailers, Rhone had to temporarily close its doors last year. But in 2021, it said, it has taken advantage of depressed rents to open four more stores, bringing its tally to seven.

The real estate market is beginning to get more competitive, said Rhone co-founder and CEO Nate Checketts, but the company won't be slowing down its plans for more shops in 2022.

As overhead costs are spread out over multiple locations, the economics of the store improve, he explained. "It's the highest margin channel that we have."

Roughly 41,000 leases for retail space in the U.S. have been signed in the first half of 2021, representing 121 million square feet, according to JLL.

Net absorption, or the actual move-ins by retailers, surged 80.4% year over year to 32.2 million square feet in the third quarter of this year, JLL said. That's the highest net absorption figure the real estate services firm has tracked for a three-month period since 2017.

In 2019 and 2020, retailers announced a whopping 18,583 store closures, according to Coresight data. But we may never see numbers quite so large again, according to one expert.

"The days of these mass closings by retailers — like a blanket — I think they're over," said Brandon Isner, head of Americas retail research at CBRE.

Thanks to the internet, companies have grown smarter about where they want to plant a store, he said. Retailers can compile data to find core markets of existing or potential customers, where a store might make the most sense. "It's harder for [retailers] to be fooled," he said.

Plus, having a brick-and-mortar location today is just as valuable as, if not more valuable than, having a billboard, according to Isner. And the purpose that stores serve has evolved, he added.

"Now, stores are not just places where things are hanging on hangers," said Isner. "They're showrooms. They're places where you go in to learn about the brand. And now they're even fulfillment centers. … On top of being a place where you sell things [stores] can help ease that burden, that e-commerce burden."

Many retailers say there are synergies between their stores and websites — each helps the other.

Macy's, for example, has put dozens of planned store closures on pause because, the department store chain said, its digital performance is stronger in markets where it has a physical presence.

"The role of a store is about discovery. It's about convenience. It's about providing service and engagement," said Marc Mastronardi, Macy's chief stores officer, in an interview. "And in addition to being able to satisfy the demand of our existing customer, [stores] are awesome opportunities for us to continue to acquire customers."

Next year, Macy's will have to put this approach to the test. The company has hired consulting group AlixPartners to review a proposal by activist firm Jana Partners, which has pressured Macy's to split its e-commerce operations from its stores. Jana is eyeing the higher valuation that would likely be given to a standalone digital business, such as Macys.com.

Macy's CEO Jeff Gennette told analysts last month that the company recognizes the "significant value the market is assigning to pure e-commerce businesses." Macy's plans to share an update after AlixPartners' review is completed, he said.

It's all part of a bigger trend. Saks Fifth Avenue split off its online operations from its stores arm earlier this year. Saks.com is now expected to go public in 2022. Kohl's, meantime, has been pressured by activist group Engine Capital to consider a similar breakup. And Nordstrom is also reportedly working with AlixPartners to review a potential spinoff of its off-price Rack business.

Meanwhile, Macy's continues to experiment with a variety of store formats. Market by Macy's is its latest iteration of an off-mall shop that is smaller than its typical department stores. Macy's is also testing a small-format Bloomingdale's store, called Bloomie's.

"This is an opportunity for us to expand our footprint and attract a more diverse consumer base — a younger consumer base," said Mastronardi. Macy's has yet to provide sales figures for these newer stores but has said it's pleased with early results.

It's also still early days for Dollar General's and Dick's Sporting Goods' latest efforts. The dollar chain is going after a more affluent customer who also likes to hunt for deals with a new store concept called Popshelf. Dollar General plans to have about 1,000 Popshelf locations by the end of fiscal 2025. Dick's Sporting Goods is going big with its new House of Sport shops, which have a climbing wall indoors and a track and field outside.

CEO Micky Onvural said the retailer opened its first two outlet locations — at Woodbury Common Premium Outlets in New York and Citadel Outlets in Los Angeles — to offload outdated merchandise at a discount, when it ended up with piles of clothing that needed to be sold. Bonobos had closed four of its traditional shops due to higher rents, she said.

That underscores the fact that not all retail real estate markets are seeing lower rents since the pandemic. A study from JLL and CoStar found retail rents fell 5.5% in San Francisco, for example, from the first quarter of 2020 through the third quarter of 2021. But rent prices are up 7.5% in Atlanta and up 4.1% in Orlando over the same time frame, JLL and CoStar said.

"The industry has come through the significant headwinds where the uncertainty was the large number of bankruptcies and the large number of stores closing," Telsey said. "And now it's healthier and all of a sudden you're seeing tenants opening stores."