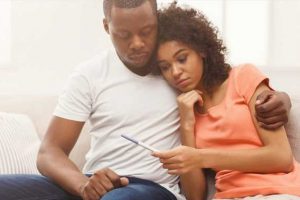 The Bureau of Labor Statistics released its May jobs report, officially known as THE EMPLOYMENT SITUATION — MAY 2021. It showed that the economy added 559,000 nonfarm payroll jobs, which was below the consensus forecast of economists. It brought into question the pace of the recovery from a COVID-19 triggered jump in unemployment. The unemployment rate fell to 5.8%. That is still much higher than the 3.5% figure of February 2020. The jobless level across age groups and races varied considerably. Notably, Black unemployment was 9.1% which is 57% higher than the national average. The Black rate is similar to the national rate during much of The Great Recession.

The number of Americans working from home dropped to 16.6% of the workforce from 18,3% in April, a sign that businesses have started to reopen to employees. As another sign of this:

In May, 7.9 million persons reported that they had been unable to work because their employer closed or lost business due to the pandemic–that is, they did not work at all or worked fewer hours at some point in the last 4 weeks due to the pandemic. This measure is down from 9.4 million in the previous month.

The reasons Black Americans have higher jobless rates than Whites fall into several categories. The Economic Policy Institute reports that among the primary reasons are “racism” and single adult households where one person tries to care for children and hold a full-time job at the same time.

The American Progressive reports that the spread between Black and White jobless rates goes back to 1972 when the BLS started to gather monthly employment data. It gives incarceration, the rate of which is higher among Blacks than Whites as another reason. “Mass incarceration plays a significant role in the lower labor force participation rate for African American men.” Educational attainment is another reason. Whites tend to graduate both high school and college at a higher rate than Blacks.

None of these reasons can be taken alone according to many experts. They represent a web of problems Black Americans face as they try to enter the workforce. One thing almost all experts agree on is that they will not go away.

Click here to read The Worst Cities for Black Americans