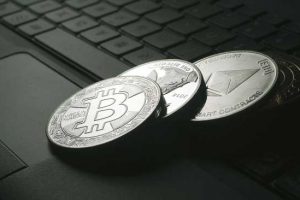 Michaal van de Poppe, a top crypto analyst, has offered his thoughts on the prospect of a new altseason, highlighting three cryptos that appear to be primed for new breakouts.

In a new video, Van de Poppe tells his 103,000 subscribers that despite the harsh late-May correction that saw Bitcoin tumble to $30,000, an altseason may be in the cards in the coming weeks.

The whole altcoin market cap is still above the 21-day weekly moving average (21 WMA), indicating that the cryptocurrency bull run is likely not done yet.

“We are still acting above the 21 WMA meaning that the chances of us continuing the grind to the upside are significant…Many altcoins are going to make new highs in their USD and Bitcoin pairs. That the altcoin market cap is currently holding above the 21 WMA is a very bullish trigger and a good signal of the momentum we have, through which the assumption [is] that we can continue grinding up and that we still have a very strong summer coming up for altcoins…

He noted that he still strongly believes that the alt season is not far off. The recent fall in the market is simply a stop gap.

“Are we going to get a big altcoin season? The thesis is still standing, and I’m still assuming that they’re going to continue their momentum. It’s time for you to start accumulating,” he said.


Van de Poppe claims that automated market maker Curve Finance (CRV) is on the verge of retaking the 100-day and 200-day moving averages in its Bitcoin pair (CRV/BTC) and continuing its ascent.

“CRV is currently in the resistance zone acting in one, but we can assume and expect that we are flipping back above the 100 and 200-day moving average, granting us support there. Then, we can start breaking out of this accumulation range towards new highs.”

After sliding below the 100 and 200-day moving average indications, the cross-chain lending platform KAVA is ready to hit new yearly highs versus Bitcoin (KAVA/BTC), according to the trader.

“We can see that we are making higher highs and higher lows and the momentum starts to switch… in which we are getting into a new cycle for KAVA. We are gaining back the losses we have made,” he added. One of Cuban’s Ethereum wallets was uncovered in January when he minted an NFT on Rarible, a decentralized non-fungible token marketplace.

The wallet had a variety of decentralized finance (DeFi) currencies at the time, but the majority of his funds were dedicated to the lending protocol Aave.

Cuban seemed to have virtually exhausted the same wallet. It has over $26,000 worth of odd cryptocurrencies like Dogelon (ELON), Doge Inu (DOGI), and Bingo Inu, and about $2,000 worth of Ethereum (BINGO). It’s unclear if Cuban purchased these crypto assets or if they were given to him by holders looking to promote their own currencies.

Lark Davis, a crypto analyst and influencer, also weighs in on the contents of Cuban’s various crypto wallets, pointing out that the Dallas Mavericks owner previously stated in an interview that he maintains 60% of his crypto portfolio in Bitcoin, 30% in Ethereum, and 10% in other altcoins.

“From what we know, from what we’ve gathered and from what we can see on the blockchain, he has Aave, Rarible (RARI), SushiSwap (SUSHI), Polygon, Serum (SRM), Injective and Fantom (FTM)…

The coins I just mentioned are likely not his full portfolio but are the coins that he has publicly admitted to owning or we can see in his addresses.”

Related article | Which Altcoins Are More Likely To Catch The Bounce?