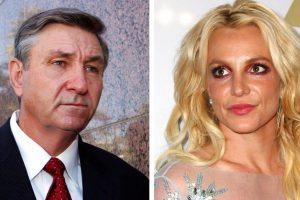 It ain’t over until the judicial lady brings down her ruling, but the 13-year old conservatorship of Britney Spears could be soon coming to an end  — if the father of the former Princess of Pop gets his way.

“Ms. Spears has told this Court that she wants control of her life back without the safety rails of a conservatorship,” said Jamie Spears’ primary attorney Vivian Thoreen today in a petition filed in Los Angeles Superior Court. “As Mr. Spears has said again and again, all he wants is what is best for his daughter,” the Holland & Knight LLP lawyer aded.

Now, this does not mean that the complex and oppressive arrangement that has been in place over the now 39-year ‘Toxic’ singer since 2008 is going to disappear in a puff of rare dysfunctional family synergy.

Unless Judge Brenda Penny expedites matters, the latest move by the elder Spears won’t even be addressed until a hearing set for September 29 in DTLA.

Still, after a summer of the younger Spears speaking out against the “abuse” she believes the conservatorship and specifically her father have exacted on her, the hasty retreat co-conservator Jamie Spears has taken in recent weeks is a pretty clear validation for the performer right now — as her father’s lawyer cops to in to Tuesday’s filing.

“She wants to be able to make decisions regarding her own medical care, deciding when, where and how often to get therapy,” Thoreen writes in fairly straightforward repetition of what Britney Spears said in two court calls and several filings by her new-ish self chosen attorney Matthew Rosengart.

Facing scathing rebukes from his daughter, her mother, ex-lawyers, managers, co-conservators and almost everyone else connected to Britneyworld, Jamie Spears had already promised on August 12 to decamp from his powerful perch. However, then the elder Spears had spoken of a “transition” and tossed a lot of shade and spite on a lot of people involved in the controversial and repressive. conservatorship. Now, with few real other options and his hope of a $2 million payout fading, Jamie Spears has flipped his own script.

“She wants to control the money she has made from her career and spend it without supervision or oversight,” Thoreen continues in today’s petition, noting the specific area of his daughter’s life, career and nearly $60 million fortune that Jamies Spears controls. “She wants to be able to get married and have a baby, if she so chooses, the lawyer adds of the aspects of Britney’s life under the eye of co-conservator Jodie Montgomery. “In short, she wants to live her life as she chooses without the constraints of a conservator or court proceeding.”

On the case since a sometimes contentious July 14 hearing and seeking a CSA to replace the elder Spears, Greenberg Traurig’s Rosengart did not respond to request for comment on Father Spears’ petition when contacted by Deadline today. But there is undoubtedly a victory dance going on in his offices and over at Britney’s place — at least for tonight.