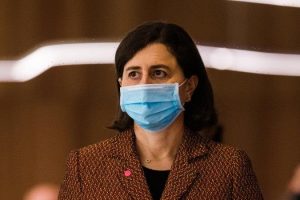 NSW has reported 1480 new local coronavirus cases and nine deaths on Wednesday, as suburbs in inner Sydney are encouraged to come forward for vaccination amid rising case numbers.

Health authorities are currently concerned about case numbers in the areas of Glebe, Waterloo, Redfern and Marrickville. 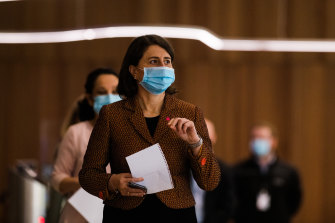 Three-quarters of the state have now received a first dose of vaccine and 42 per cent are fully vaccinated. Vaccination rates in central Sydney, however, were the lowest in metropolitan Sydney.

“While parts of western Sydney and south-western Sydney are demonstrating outstanding results, there are other parts of Greater Sydney where we’d like vaccination rates to go up,” Premier Gladys Berejiklian said.

Walk-in clinics have been established at the Peter Forsyth Auditorium at Glebe, Marrickville PCYC and Wests Ashfield.

Nine COVID-19 deaths have been recorded since Tuesday’s update, including a Dubbo resident and a man in his 20s. They were: 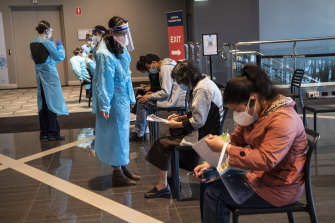 Chalmers Road School at Strathfield and Brooke Avenue Public School at Killarney on the NSW Central Coast, have both been closed today following COVID-19 cases being reported in the schools’ respective communities.

After Burwood Mayor John Faker told media last week he believed his council – which has recorded 45 new cases in the past month – should be removed from the list of local government areas of concern, federal MP Fiona Martin appeared on 2GB this morning voicing a similar sentiment.

In the past month, there have been 474 new cases the City of Sydney and 246 in Randwick, both of which are not deemed areas of concern.

“It’s very difficult to understand,” Ms Martin said. “In Burwood, the rates are just not adding up to being a risk justifying the [very difficult] lockdown in Burwood, especially as the vaccination rates continue to increase.”

There were 221 new local cases reported in Victoria on Wednesday. Six people who had gathered at a Melbourne synagogue have been fined for breaching the state’s public health order after an all-day stand-off with police.