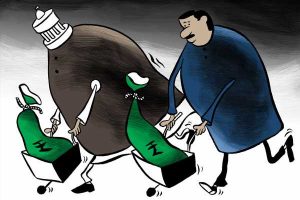 The Central government may not expand its capital expenditure (capex) for the next fiscal year (FY24) to as large a degree as the increase in the previous two Budgets in the belief that private-sector capex is recovering strongly.

Capex expansion in the Union Budget 2023 could be around 25 per cent, Business Standard has learnt.

This would take the capex outlay for next year to around Rs 9.5 trillion.

Even a capex outlay of Rs 10 trillion, if that comes to pass, would be less than the increase in the two preceding years.

Finance Minister Nirmala Sitharaman will present the Budget on February 1.

“The data tracked by the government and independent agencies shows private-sector capex is recovering strongly. There are discussions on how much to increase the Centre’s capex in the coming year,” a senior government official said.

Top policymakers seem to have publicly laid the ground for a softer expansion in capex, saying that private-sector capex is showing encouraging recovery not only because of the bounce-back in demand after two years of the pandemic, but also because the twin balance-sheet problems are receding and companies are de-leveraging.

‘Private-capex announcements are up by 35 per cent year over year and 53 per cent above pre-Covid levels,’ she had said, adding that the Centre had seen a robust response to its Production-Linked Incentive scheme in 14 sectors as well.

In a recent interview to another newspaper, Chief Economic Advisor V Anantha Nageswaran cited a report by Axis Bank, which said that Rs 3 trillion worth of investment had happened in the private sector in April-September this financial year.

That would mean an annual run rate of Rs 6 trillion, which was 20-30 per cent higher year-on-year. Nageswaran added. 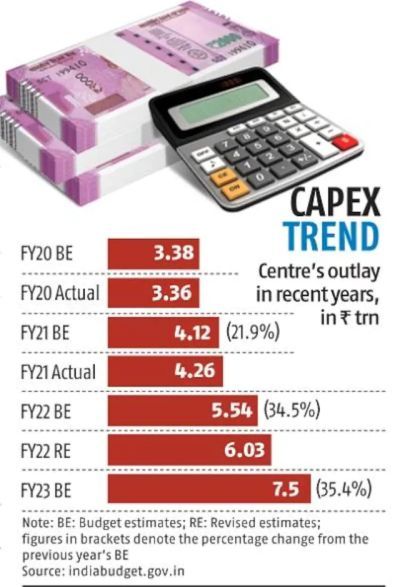 Before that, in early December, Nageswaran had said policymakers needed to decide whether public-sector investment should be scaled up at the same pace as now, or the private sector should take over as the main engine of capital formation in the economy.

‘It may not be necessary or healthy for the public sector to keep expanding capital investment at the same pace. Capital expenditure has to increase, but not at the same pace because not only should we not be crowding out the private sector, we should be ensuring that the combined investment spending by the public and private sectors should not drive up the cost of capital too much,’ he had said.

By the public sector, Nageswaran meant the central and state governments and state-owned enterprises.

In the past 10 years, he said public-sector capex had increased from Rs 6.8 trillion to Rs 21.2 trillion, at a time when financial-sector companies were still repairing their balance sheets.

It should be noted that any capex outlay for FY24 is also likely to include long-term, interest-free loans to states for their capex commitments, just like FY23.

The amount this year was Rs 1 trillion, and could be retained next year as well, as reported earlier.