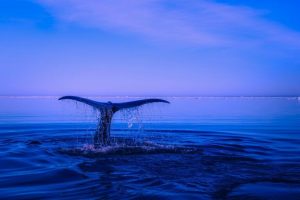 The native token of the Curve protocol, $CRV, has overtaken the meme-inspired cryptocurrency Shiba Inu ($SHIB) as the most traded token on-chain among Ethereum’s 500 largest whales ahead of the expected launch of Shibarium.

According to whale monitoring service WhaleStats, $CRV has recently flipped $SHIB was the most traded token among these large token holders, although the meme-inspired digital currency remains their largest position by token value, with the average whale holding over $5.3 million worth of $SHIB.

It’s worth pointing out that the figures exclude the native token of the Ethereum blockchain, $ETH, and stablecoins such as USDT and USDC. Curve is a decentralized finance (DeFi) platform built on top of Ethereum that has expanded to several other blockchains. It’s a decentralized exchanged and automated market maker protocol focusing on stablecoins and low-slippage trading.

Curve is one of the largest DeFi protocols by total value locked, and at the time of writing it has over $4.3 billion worth of digital assets locked on it, with over $4 billion being on the Ethereum network.

$CRV has overtaken $SHIB as the most traded token among Ethereum whales ahead of the expected launch of Shibarium, an upcoming layer-2 solution that aims to improve the Shiba Inu ecosystem by providing faster transactions at a lower cost, among other important improvements. There are still a lot of questions surrounding the release and utility of Shibarium, however.

Further, the layer-2 will remove tokens from circulating to reduce supply and help boost the price. This is known as a token burning mechanism, in which tokens are sent to wallets that can only receive tokens but not send them, also called Dead Wallets. Shibarium will burn $SHIB and require $BONE for transactions.