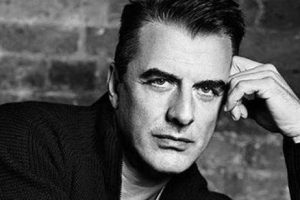 Shortly after the Los Angeles Police Department launched an investigation this morning into allegations of rape against former Sex and the City star Chris Noth, a recent Peloton ad featuring the actor was scrubbed from the company’s social media accounts.

Noth appeared in the first episode of HBO Max’s SATC reboot …And Just Like That last week, in which his Mr. Big character had a heart attack while riding a Peloton.

A Peloton spokesperson issued the following statement to Deadline:

“Every single sexual assault accusation must be taken seriously. We were unaware of these allegations when we featured Chris Noth in our response to HBO’s reboot of the show. As we seek to learn more, we have stopped promoting this video and archived related social posts.”

Peloton launched the spot when its stock price slumped after the new HBO spinoff tied a major plot twist to the company’s products. The ad was meant as a comeback with a winking nod to the Noth episode.

But this morning, Noth, who is a series regular on CBS’ The Equalizer, is facing allegations of a 2004 assault and a 2015 attack in New York, both of which he denies. The allegations were reported today in a Hollywood Reporter story that included interviews with the two alleged victims.