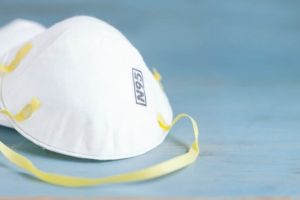 For the past few months, the entertainment industry has been one of hardest hit — if not THE hardest hit — sectors in Los Angeles, consistently logging the highest number of Covid outbreaks in the county.

Now, as studios are setting return-to work-dates for employees, at least three lots are seeing sizable outbreaks, with other clusters at a studio headquarters, a TV production, a production facility and a performing arts venue. In all, they account for roughly 18% of the total currently recorded non-medical outbreaks at businesses in the county, per officials.

The good news is that that percentage is actually down compared to last month, when the entertainment industry accounted for 20% of outbreaks. The bad news is the total number of infections it represents is much higher. In point of fact, there were 108 clusters at all worksites last week and this week the total jumped to 140, per county data.

Case numbers are up across the board in Los Angeles, with the average number of daily infections at about 2,400 today, according to a county public health department briefing. There has been a 20% rise in that metric in the past week, remarkable for a number that is averaged over seven days to smooth out temporary fluctuations.

Atop the list of showbiz-related outbreaks sits Lionsgate. Its Santa Monica headquarters shows a tally of 21 cases this week. That puts it second countywide in terms of infected employees, behind a camper and RV manufacturer in Lancaster. Late last month, Lionsgate had a cluster of 6 infections.

A source familiar with the situation tells Deadline that 12 of those 21 cases at Lionsgate were among employees returning from CinemaCon in Las Vegas. The company is said to have mandatory vaccination for employees and requires face masks in the office if there are active cases.

In a weekly briefing on Los Angeles County’s Covid status last month, Public Health Director Barbara Ferrer noted that while the entertainment industry total skews higher than those of other sectors, it may be because film and TV productions are doing something right, not something wrong.

“This may be due to a general increase in cases as we’ve seen in the community as well as the comprehensive screening protocols that this industry maintains,” noted Ferrer.

One lot hit with outbreaks of late include Sony, which has been been on the county’s list multiple times during the pandemic. In August 2021, Sony saw a cluster of three cases. Last month, there were three separate outbreaks on the lot, for a total of 15 infections. This week, the Culver City studio reported two clusters, for a total of nine cases.

The county’s current outbreaks list contains an entry for Fox Entertainment – Television Production with five recorded cases. Back in January, Fox saw more than a dozen infections in its Fox Sports and Fox Sports Deportes units in West L.A.

Reiner, McKean, Guest & Shearer Turn It Up To 11 For Encore In ‘Spinal Tap II’