Cramer's week ahead: A 'bad news is good news' kind of market 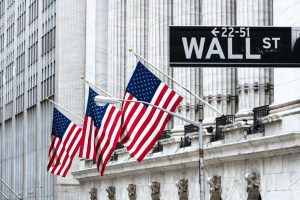 CNBC's Jim Cramer said Thursday he won't be surprised if the March jobs report is soft.

"Yesterday, I suggested that the counter-trend rally in tech could continue for a few more days before it ebbs," the "Mad Money" host said. "So far that forecast stands, but without a cool employment number tomorrow, I expect the reopening stocks — think the banks and the industrials — to come back into vogue on the Wall Street fashion show."

While the market will be closed in observance of Good Friday, the Labor Department is scheduled to release March hiring data.

Cramer's comments come after a banner day for the S&P 500, which crossed over the 4,000 level for the first time during the trading day.

Stocks managed to rise after the Labor Department released a disappointing weekly jobless claim number in the morning. The department reported that 719,000 workers filed first-time claims for jobless benefits last week, much higher than economists had forecast.

"Welcome back to Bizarro Wall Street, where bad news is good news, at least when it comes to the economy," the "Mad Money" host said.

Cramer gave his game plan for the week ahead. Earnings-per-share projections are based on FactSet estimates:

"I expect it to trade down no matter what the company has to say. It's become a post-earnings pattern," Cramer said. "There are a bunch of negative analysts who've been wrong all the way up. They'll most likely stay wrong, giving you a chance to buy Paychex on weakness, even if it reports a great quarter."

"Constellation got hit with a negative research piece the other day that suggested the beer and liquor company, which is a fantastic grower, might deliver a light quarter thanks to weakness in Texas," Cramer said. "The devastation from the superstorm Uri … may actually hurt their earnings. Texas is a big market for them."

"I do worry, as with all the other food companies, that Conagra might temper its forecast because of concerns about the great reopening, but this has been one of the standouts in a pretty anemic group."

"I just wish Levi Strauss stock hadn't run so much going into the quarter. We know PVH ran up huge into its results and then the stock got blasted after a fairly good number, so why don't we see how Levi's behaves going into the earnings."