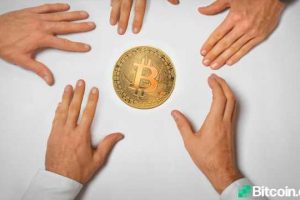 According to Bloqport’s latest data, bitcoin, which ended the month of March with an overall gain of 29%, has now been in the green for six consecutive months. The data also shows that the crypto asset’s value has nearly doubled from its December 2020 closing price of $29,383 to its current value of $58,647. With this run, bitcoin has already outperformed many other assets including gold. As shown by the research and analytics firm’s data, BTC’s current run began at the start of Q4 of 2020, a period that coincides with increased reports of institutional investors acquiring the crypto asset. As reported by Bitcoin.com News, Microstrategy and Square Inc had kickstarted a new wave of large corporations and hedge funds buying into the crypto asset. For instance, on October 7, 2020, Square Inc announced it had converted 1% of cash reserves (or $50 million at the time) into BTC. Since then, more corporations including Elon Musk’s Tesla have revealed their BTC holdings.

Meanwhile, as more institutional investors and large corporations continued to reveal their BTC positions, the crypto asset’s value surged. For instance, after registering a net gain of 28% during October, the crypto asset went up by 43% in November and a further 48% in December.

The month of December also saw BTC going past its 2017/18 all-time high of just under $20,000. Similarly, BTC has grown by double digits figures in the first three months of 2021 with the month of January recording the least gain.

Yet according to Bloqport’s data, this is only the third time the bitcoin has recorded net gains for six consecutive months or more. The same run was previously seen in 2012, between April and September. However, it is the period from November of 2012 to May of 2013 when BTC recorded seven consecutive monthly net gains.

In terms of the worst periods for the crypto asset, the data shows that BTC had some of its less stellar moments in the year 2011 and 2018.