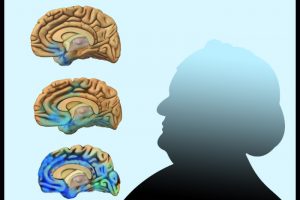 Concerns are increasing over the safety of Eisai and Biogen’s (BIIB) Alzheimer’s disease drug lecanemab. Ahead of the presentation of the full phase 3 dataset on Tuesday, there are reports of the death of a second recipient of the anti-amyloid antibody due to a brain hemorrhage.

In September, Eisai and Biogen told analysts that a phase 3 clinical trial of lecanemab hit its primary endpoint, ending a long string of failures for anti-amyloid antibodies. Since then, the mood has shifted somewhat, with reports of two patient deaths raising questions about what the risk-benefit profile will look like when researchers unwrap the full dataset on Tuesday.

The latest blow for the drug candidate comes from a report of the death of a 65-year-old woman who received lecanemab in a clinical trial. After suffering a stroke, the woman received tissue plasminogen activator to clear her blood clots. The woman’s condition reportedly deteriorated quickly.

Rudolph Castellani, a Northwestern University Medical Center neuropathologist who autopsied the body at the request of the patient’s husband, is sure about the role lecanemab played in the death. Talking in a personal capacity, Castellani is quoted as saying: “There’s zero doubt in my mind that this is a treatment-caused illness and death. If the patient hadn’t been on lecanemab she would be alive today.”

The incident is similar to an earlier report of the death of a patient in the study. In that case, which was revealed later, the patient developed a brain hemorrhage and died. The patient was taking the blood thinner Eliquis. If regulators deem lecanemab unsuitable for use in patients who are taking blood thinners it would curtail the market opportunity open to Eisai and Biogen.

Commenting on the news reports, Eisai said, “All the available safety information indicates that lecanemab therapy is not associated with an increased risk of death overall or from any specific cause.”