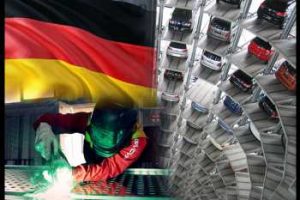 Factory orders posted a monthly growth of 0.8 percent in October, in contrast to the revised 2.9 percent decrease in September. Orders were expected to gain marginally by 0.1 percent.

Excluding major orders, there was a decrease of 1.2 percent in manufacturing orders.

The 1.9 percent decrease in domestic orders was offset by the 2.5 percent increase in foreign orders. New orders from the euro area advanced 2.6 percent and that from other countries climbed 2.5 percent.

Year-on-year, the decline in factory orders slowed to 3.2 percent from 9.8 percent.

Further, data showed that manufacturing turnover decreased 0.2 percent from September, when it was up 0.4 percent. Compared with October 2021, turnover was 5.5 percent higher.

The recent S&P Global Purchasing Managers’ survey showed that the manufacturing sector contracted for the fifth straight month in November, albeit at a slower pace. High energy costs, soaring inflation and an uncertain economic outlook acted as headwinds to demand. There was another sharp fall in new export orders as well, with lower sales to Asia and across Europe reported.