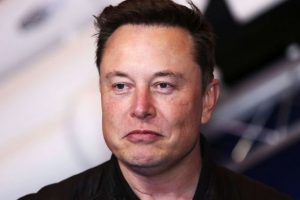 Writing on Twitter Mr Musk commented on figures on the falling purchasing power of the dollar over time saying: “Inflation is the most regressive tax of all, yet is advocated by those who claim to be progressive.” Since 1950 the purchasing power of $100 (£74.53) has fallen to $8.7 (£6.48). Inflation is currently a major issue facing many economies with UK inflation expected to peak around five percent next year. In the US it has already reached a 31-year high of 6.2 percent.

Amid rising consumer costs Tesla have been quietly increasing prices for their vehicles in recent weeks despite the company announcing a record $1.6bn (£1.19bn) profit in its third quarter.

There have been successive waves of price increases over the last year with the cheapest car in the Tesla stable, the Model 3, now 20 percent more expensive than the start of the year.

Car manufacturers around the world have all been hit by a shortage of semiconductors which has seen Tesla rivals such as Toyota and Ford take measures such as increasing prices and cutting production.

Tesla have also hit the headlines over taxes recently due to the sale of nearly $7bn (£5.21bn) worth of shares by Mr Musk following a Twitter poll asking if he should sell 10 percent of his stock.

Share prices slid for the world’s most valuable car company following the news but have since begun to recover.

Many have speculated the sale would have had to come anyway due to the need for the Tesla boss to free up capital to pay a potential tax bill of around $15bn (£11.7bn).

Tesla’s share price is now just over $1k (£744.90) so he would face a considerable tax bill on the gains on the difference.

The developments come as US Senators push for a billionaire’s tax which would tax America’s wealthiest shareholders when the shares go up in price.

Over the weekend Mr Musk got into a Twitter spat with Bernie Sanders after the Democrat Senator tweeted: “We must demand that the extremely wealthy pay their fair share.”

Mr Musk has further stock options expiring next year so future sales of Tesla shares could be likely.

Jason Benowitz, senior portfolio manager at the Roosevelt Investment Group LLC, told Reuters: “”We expect the share sales will continue, as Musk holds millions of options worth billions of dollars that would otherwise expire worthless, and he has also prearranged share sales under 10b5-1 plans.”