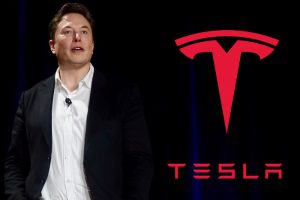 The poll was conducted after Musk, the founder and CEO of the luxury electric vehicle maker, asked his 62.7 million Twitter followers about their opinion about the stake sale.

In pre-market activity on Nasdaq, Tesla shares were losing around 5.7 percent to trade at $1,152.13.

In a tweet over the weekend, Musk said, “Much is made lately of unrealized gains being a means of tax avoidance, so I propose selling 10% of my Tesla stock.”

Musk said he would abide by the results of the poll, whichever way it goes. Around 58 percent of the 3.52 million poll participants voted in favor of the sale, while 42.1 percent said “no.”

Musk is yet to reveal the final outcome of the poll. He holds 170.5 million shares in Tesla, majority of which he owns since the company’s initial public offering in 2010.

In addition to his current holding, he has the option to buy another 73.5 million shares.

In an earlier tweet, Musk, who is Tesla’s major shareholder, said, “Note, I do not take a cash salary or bonus from anywhere. I only have stock, thus the only way for me to pay taxes personally is to sell stock.”

He was awarded options in 2012 for 22.8 million shares at a strike price of $6.24 per share as part of a compensation plan. At the current price, the total tax bill on his options would be $15 billion.

Meanwhile, he has already pledged 92 million shares to lenders for cash borrowing. With the proposed stake sale, Musk could repay some of those loan obligations, the reports said.

According to the Bloomberg Billionaires Index, Musk, with a total net worth of $338 billion, is the richest man on Earth.