Home » Business » Etsy still looks too expensive after pullback, traders say, but one other retailer could be a buy

Etsy still looks too expensive after pullback, traders say, but one other retailer could be a buy 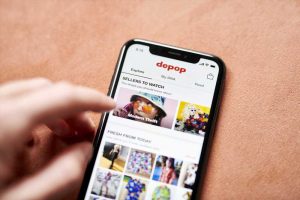 Etsy is having a solid rally, rocketing higher after announcing a $1.62 billion deal to buy fashion resaler Depop.

The gains are a refreshing change for Etsy, which has stumbled 26% in the past three months. The stock had been a stay-at-home darling at the beginning of the pandemic, but a rotation toward reopening stocks has hit hard.

"In near term, they're suffering from pandemic success. They grew so strong and so fast through the pandemic that it's going to be very difficult for them to keep that going, and that's basically what CFO Rachel Glaser came out and said and it really disappointed the entire market," said Gina Sanchez, CEO of Chantico Global and chief market strategist at Lido Advisors.

Sanchez told CNBC's "Trading Nation" on Wednesday that the Depop acquisition is a positive for Etsy, albeit one that will pay off only in the long run.

"If the idea is to start them younger and keep them longer — Depop has a much lower target demographic at an average age of 26-year-olds versus 39-year-olds, which is where their current demographic is — that's good for their long-term growth, but these acquisitions take time. It's not going to help them in the next quarter, or even the next two or three quarters," Sanchez said.

Finally, she says that the valuation is still too dear, even after its steep pullback. It currently trades at a 53.5 times forward multiple, below its 105 times multiple in August but still more than double the valuation for the XRT retail ETF.

"There's a cheaper way to play this recovery, and that's just going to be a challenge for Etsy. I like the long-term story, but the short-term valuation doesn't work right now," she said.

Mark Newton, president of Newton Advisors, agrees that Etsy could struggle to reverse its downturn. He targets $181 as a band of resistance Etsy will struggle to break above. The stock closed just above $175 on Wednesday.

"I would avoid this. I do think it has further to go on the downside between now and late July," Newton said during the same interview.

Newton sees another stock in the retail space that looks primed to break out: MarineMax, a recreational boating retailer, which he said could be approaching a buy level.

"It's pulled back pretty sharply in the last few weeks, down about 30%, and this is down to a very interesting level of technical support. So I like buying this … thinking it does stabilize here and could start to turn back higher," said Newton.