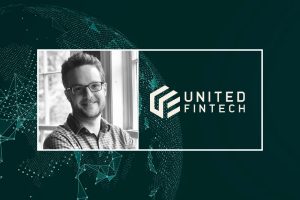 United Fintech announced it has recruited Mark Lawrence as its new Director and Head of Americas, effective immediately.

Finance Magnates recently learned in a press release that Mark Lawrence, previously the Head of Electronic FICC Distribution at Goldman Sachs, has been selected by United Fintech, the fintech venture launched by Christian Frahm last November, as its new Director and Head of Americas as it expands into the US.

Lawrence will report to Tom Robinson and work closely with the company’s sales teams that are based in London. He will help scale and distribute the fintech firms acquired by United Fintech, headquartered in London. Further, this director will take on an extra role on its Management Committee where he will assess potential fintech acquisitions. Also, he will grow a sales team in New York, with appointments announced later on in the year.

This development is huge for Frahm’s venture and will assist banks, hedge funds and asset managers. This will increase their transitional momentum to a digital world through access provided to fintechs specialising in capital markets.

Christian Frahm, Founder and CEO of United Fintech, stated: “The US is a cornerstone in the financial markets industry and having people on the ground in both London and New York close to decision-makers and clients at banks and financial institutions is critical to our success. We now have the power and presence to deliver a global offering.” 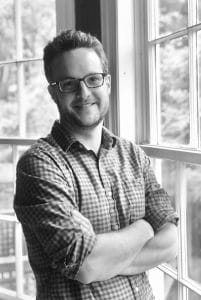 Prior to this announcement from United Fintech, Lawrence spent roughly fourteen years with Goldman Sachs. Located in London, New York and Hong Kong, he fulfilled various senior positions. He most recently served as LATAM Head of Electronic FICC (Fixed Income, Currencies and Commodities) Sales since March 2018. In this post, he successfully took charge of running e-FX Sales in the Americas.

Before his promotion, he was the Head of APAC electronic FICC Sales for more than four and a half years. Additionally, he spent time in roles entitled e-FX Sales and GSET Sales between mid-2007 and September 2013. The focus of the positions was on Equities and Futures electronic distribution.

The US, a Cornerstone in the Financial Markets Industry

United Fintech has grown rapidly since its launch and employs eighty-five people in London, Copenhagen, Berlin, Romania and in New York. At present, the company has acquired two fintech companies, NetDania and TTMZero, and is presently scaling them.

Lawrence said: “United Fintech is on a mission to scale and distribute the very best fintechs in capital markets through partnership and collaboration. We want to work closely with our financial 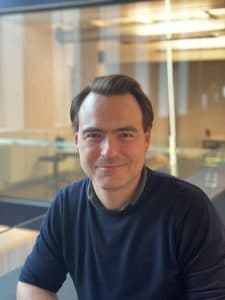 institution client base to provide elegant solutions for automating workflows, easing onboarding, delivering efficiencies and saving costs. This refreshing and positive approach is hugely appealing to me and defines United Fintech.”

“I am thrilled that Mark has chosen to join United Fintech. He has an impressive international profile, a strong track record in sales and a wide network of contacts worldwide. He is the ideal person to head up our American operations and further strengthens our extraordinary sales team – between them they have strong and established relationships with the world’s most influential financial institutions,” said Frahm.

“I worked closely with Tom when we were both at Goldman Sachs and have known Christian for many years. I’ve always been impressed by Christian’s incredible vision and energy and the talent with which he surrounds himself. This is an exciting opportunity to board the United Fintech ‘rocketship’, leverage my 14 years’ experience at Goldman Sachs and help play a major role in the journey ahead,” Lawrence mentioned.