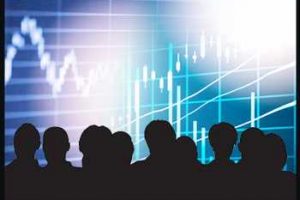 European stocks may open higher on Monday, through trading volumes are likely to remain thin due to a U.S. holiday.

The U.S. earnings season picks up steam this week, with Goldman Sachs, Morgan Stanley, United Airlines, Procter & Gamble and Netflix among the prominent companies due to report their quarterly results.

On the economic front, traders will keep an eye on reports on producer prices, retail sales, industrial production, housing starts and existing home sales for additional clues on the U.S. economic outlook.

German wholesale inflation data, economic sentiment figures from Germany and Eurozone along with speeches by ECB President Lagarde and Mr. Panetta at the Eurogroup meeting in Brussels ma sway sentiment as the trading day progresses.

Sentiment was also underpinned by reports of a sharp rise in travel ahead of the Lunar New Year holiday.

The dollar traded weak amid the prospect of smaller interest-rate hikes by the Federal Reserve, helping gold prices push higher.

Oil prices fell about 1 percent in Asian trade after having climbed around 8 percent last week on optimism about improved demand from China.

The Japanese yen hit over seven-month high on speculation over the Bank of Japan’s yield curve control policy at a policy meeting this week.

U.S. stocks reversed course to end higher on Friday, as upbeat readings on consumer sentiment and inflation expectations helped investors shrug off warnings from major banks of tough times ahead.

Executives from JPMorgan, Citigroup, and Bank of America all said they expect a mild recession to hit the economy this year.

European stocks rose on Friday to reach their highest level since April 2022 as investors digested speeches from Fed officials, better-than-expected trade data from China and the latest batch of economic data from the region.