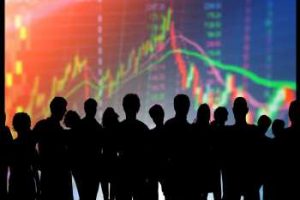 In economic releases, data showed earlier in the day that business confidence in Germany stabilized at a low level in April. The Ifo business-climate index rose to 91.8 points from 90.8 points in March.

France’s CAC 40 index was down 2.5 percent despite President Emmanuel Macron’s election victory over the weekend.

China-exposed commodity and luxury stocks were among the worst hit as fears grew that Beijing was on the verge of joining Shanghai in lockdowns.

Miners Anglo American and Glencore around 6 percent each while oil & gas firm BP Plc lost 5.4 percent and Royal Dutch Shell gave up 4.4 percent on concerns about waning demand from the top metals consumer.

British Land was down about 2 percent. The property development and investment company said it had sold a 75 percent stake in the majority of its Paddington Central assets to Singapore’s sovereign wealth fund GIC for 694 million pounds ($885.9 million).