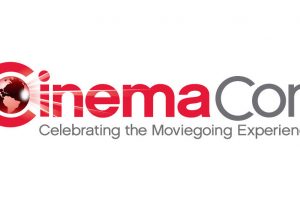 National Association of Theatre Owners announced Friday that every major studio is on board for the upcoming event at Caesars Palace’s Colosseum. After a year without theaters, studios — and movie fans — seem very ready to put butts in seats again.

Las Vegas is currently gearing up for its first major convention in more than a year. The World of Concrete trade show runs June 7-10 at the Las Vegas Convention Center.

That show will operate under previously agreed-to guidelines, keeping capacity at 80% and with social distancing of three feet. Temperature screenings, hand sanitizing stations and extra-wide aisles will all be implemented. However, there will be no proof of vaccination required.

NATO is also cognizant of the moving target that is pandemic safety protocols.

“Coming off of what we know will be an incredibly important and successful summer season at the box office,” said the organization in a statement, “we look forward to welcoming everyone to Caesars Palace in Las Vegas this August. We continue to monitor the Covid-19 situation from a global perspective. Our priority is to create a safe environment for all attendees, following the health and safety protocols set forth by the state of Nevada and the city of Las Vegas.”