Home » Fact check: Chelsea Clinton did not tweet about Jesus and Planned Parenthood

Fact check: Chelsea Clinton did not tweet about Jesus and Planned Parenthood 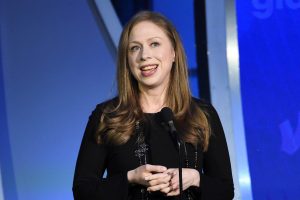 The claim: Chelsea Clinton tweeted about Jesus and Planned Parenthood

An image of an alleged tweet from Chelsea Clinton about Jesus and Planned Parenthood is circulating widely on social media.

“It’s so wrong of Archbishop Salvatore Cordileone to deny President (Joe) Biden and (U.S. House) Speaker (Nancy) Pelosi Holy Communion because they support a woman’s God given right to choose. If Jesus were alive today he’d be working at Planned Parenthood. Read your Bible Father.”

The post has over 16,000 likes and was shared by Christian worship leader Sean Feucht who wrote: “It’s shocking how many people (and especially believers) actually think this way.” He also shared the post on Facebook on May 7.

USA TODAY reached out to Feucht and other social media users who shared the post for comment.

While the screenshot includes Clinton’s current Twitter profile picture and a blue checkmark, it is not an authentic tweet.

Additionally, there are no news reports about the tweet, and a review of Clinton’s Twitter page shows no such message. On May 3, Clinton posted seventweets, none of which mention Planned Parenthood or Jesus.

Get these in your inbox: We’re fact-checking the news and sending it to your inbox. Sign up here to start receiving our newsletter.

The fabricated tweet references a May 1 letter from San Francisco Archbishop Salvatore Cordileone, which says, “If you find that you are unwilling or unable to abandon your advocacy for abortion, you should not come forward to receive Holy Communion.”

Cordileone’s 17-page letter does not mention Pelosi, D-Calif., by name, however, he argues pro-choice Catholics who are public figures should be denied Communion.

In an emailed statement to the Washington Post, Cordileone said, “I did not direct the letter at any one person because sadly this principle applies to many Catholics in public life.”

Fact check: The image of the Bidens and Carters together is distorted, but very real

Clinton has not released a statement or made any comments on social media about the letter.

The claim that Chelsea Clinton tweeted, “If Jesus were alive today he’d be working at Planned Parenthood,” is FALSE, based on our research. Clinton’s office confirmed the tweet is fake, and there is no record of the statement on her official Twitter page.