Groupon Swings To Profit In Q3, But Trims Revenue Outlook 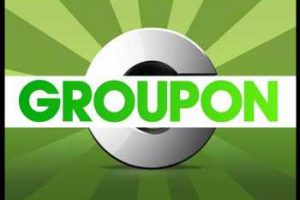 “During the third quarter we grew our high value, active Local customer base, drove unit growth for customers who engaged with our restriction-free Deals, and demonstrated our ability to impact customer demand,” said Aaron Cooper, Interim CEO of Groupon.

For the third quarter, the company reported net income attributable to common stockholders of $78.11 million or $2.36 per share, compared to a net loss of $16.27 million or $0.57 per share in the prior-year quarter.

Excluding items, adjusted net income for the quarter was $0.38 per share, compared to $0.15 per share in the year-ago quarter.

On average, five analysts polled by Thomson Reuters expected the company to report earnings of $0.07 per share for the quarter. Analysts’ estimates typically exclude special items.

Total revenue for the quarter declined 29.6 percent to $214.17 million from $304.02 million in the same quarter last year, primarily due to lower demand for its Goods category and the transition of Goods from a first-party to a third-party marketplace model. Analysts expected revenue of $213.14 million for the quarter.

Global Billings declined 7.4 percent to $553 million, of which approximately 76 percent were Local billings, despite the impact from the Delta variant. However, North America Local Billings Up 38.4 percent year-over-year.

Looking ahead to fiscal 2021, the company now projects revenues between $950 million and $975 million as well as adjusted EBITDA in a range of $130 million to $135 million.

Previously, the company expected revenues between $950 million and $990 million as well as adjusted EBITDA in the range of $115 million to $125 million.