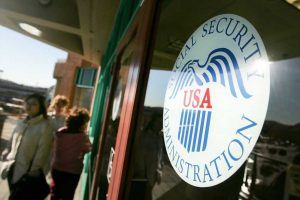 The debt ceiling debate has sparked conversation about whether Social Security payments will still go out on time.

However, Congress also faces another deadline with regard to the nation's largest social insurance program.

In just 13 years the trust funds Social Security relies on to pay retirement and disability benefits will be depleted, according to the most recent Social Security trustees' report.

While benefit checks will still go out, just 78% of promised benefits will be payable at that time.

The recent trustees report bumped up the estimated depletion date by one year, a better outcome than had been initially feared when the Covid-19 pandemic first set in.

More from Personal Finance:
Social Security cost-of-living adjustment could be at least 6% in 2022
This is the age when Americans say they plan to retire
Why Supplemental Security Income benefits could be updated soon

And the clock is ticking for lawmakers to act.

"To maintain confidence in this valuable program and avoid precipitous cuts in 2034, Congress needs to address the program's 75-year deficit," a recent report from the Center for Retirement Research at Boston College said.

There are multiple ways lawmakers could tweak benefits to improve the program's solvency.

The general consensus is that it will require raising taxes, cutting benefits or a combination of both. Moreover, the sooner Congress acts, the less dramatic the changes will have to be.

Taxes on benefits could go up

Currently, Social Security benefits are subject to federal income taxes if your combined income exceeds certain thresholds. This includes other income reported on tax returns, such as wages, self-employment, interest and dividends.

Lawmakers could change those terms in order to bring more money into the system, said Larry Kotlikoff, a professor of economics at Boston University and president of Economic Security Planning, a provider of financial planning tools.

Alternatively, those income thresholds could be lowered, he said.

Higher taxation on benefit income could be "politically easier for Congress to do," Kotlikoff said.

Workers contribute 6.2% of their paychecks into Social Security, which is matched by their employers.

That limit could be raised so that workers with income well above that threshold continue to pay into the system.

President Joe Biden has proposed reapplying the Social Security payroll tax for wages above $400,000, in effect creating a donut hole between the current cap and the level at which those payroll taxes would again kick in. Because the limit on payroll taxes is adjusted every year, that gap would eventually close.

Alternatively, the 6.2% contribution rate could be increased.

That rate has not been adjusted in many years, said Martha Shedden, president of the National Association of Registered Social Security Analysts. Even moving it up by just a tenth of a percent or a hundredth of a percent could make a big difference with 176 million workers paying into the system, she said.

"The cumulative effect of 176 million people paying a tiny bit more would have a big impact," Shedden said.

The full retirement age could be raised

In 1983, Congress mandated that the full retirement age would gradually rise to 67 from 65, a change that is still being phased in today.

Just moving the age to 67 from 66 resulted in a 5% benefit cut that took 40 years to take full effect, said Joe Elsasser, founder and president at Covisum, a Social Security claiming software company. (The move from 65 wasn't as drastic because so-called delayed retirement credits for beneficiaries who waited to claim were simultaneously increased to 8% from 3%, Elsasser said.)

Congress could consider raising the retirement age again. Many argue that could make sense, as people often are waiting longer to retire.

Yet, implementing such a change could be tricky, particularly if that resulted in a bigger reduction for people who claim retirement benefits when they are first eligible at age 62 and who may no longer be able to work.

While the extent of any future changes to the program is unknown, the key for individuals and families is to stress test their retirement plans, Elsasser said.

"You have to have a good idea whether you are reasonably on track, even with the full Social Security benefit," Elsasser said. "And then the second step would be to say: How would it impact me specifically if I experience a benefit cut?"