South Korea bans exchange staff from trading their own tokens 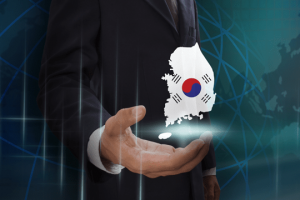 The South Korean financial regulator has issued a new decree that prohibits employees of virtual asset service providers (VASPs) from trading their own tokens. The new rule is meant to protect against a conflict of interest from the VASPs, preventing damage to users.

South Korea’s VASPs, especially the digital currency exchanges, have had a rough year in 2021. The Financial Services Commission (FSC) has continually cracked down on them with new guidelines as it seeks to bring the sector up to Financial Action Task Force (FATF) standards. Exchanges have had to partner with banks and gain information security certificates.

The latest guideline is set to target exchange staff members. In a press release this week, the FSC revealed that the Korean government had introduced the conflict of interest rule for VASPs through a revision to the Enforcement Decree of the Act on Reporting and Using Specified Financial Transaction Information.

The decree bars VASPs from “trading virtual assets issued by their own platforms or by other specially related entities.” It further bars operators and employees of VASPs from trading digital assets via their platforms. These measures are intended to improve transparency in digital asset transactions and prevent damage to users, the FSC stated.

The VASPs are also required to have measures in place preventing a conflict of interest for its workers. A failure to adhere to this rule will result in the suspension of the business or a fine not exceeding 100 million Korean won ($84,400).

The decree is set to take effect immediately.

South Korea is seeking to curb a vice that has been found at a number of digital currency exchanges, including the biggest ones. In the most recent related case, the U.S. Commodity Futures Trading Commission started a probe into serial offender Binance over claims of insider trading and market manipulation.

Sources at the CFTC revealed that the watchdog believes Binance executives took advantage of their users, such as by trading on the clients’ orders before executing them.

Coinbase has also been hit with insider trading scandals in the past. In 2018, it was hit with a class action lawsuit over claims that its insiders knew of impending token launches and bought these tokens days before they debuted on the platform, making millions of dollars in profit.