High coal price to weigh on steel cos’ Q2 earnings 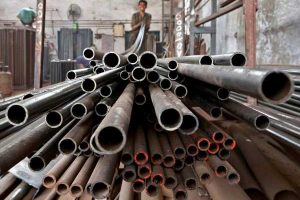 Rising prices of international coal – both coking and thermal – used in the making of ferrous and non-ferrous metals, respectively, are expected to have an impact on margins of metals companies in July-September quarter (Q2) as steel companies may see margins getting eroded, while the base firms could stand to benefit, said brokerages.

Since metals is a cyclical sector, a year-on-year comparison for earnings would give a better picture.

However, due to the ongoing pandemic and last year’s low base, sequential comparison has been taken in consideration to show a clearer picture on pricing and volume trend.

Coking coal prices, a key raw material used in the making of steel, have risen $25-$30 per tonne sequentially along with prices of other consumables.

Due to this, varied impact on margins is expected for steel companies depending on their coal consumption pattern (domestic, international), share of captive resources and other factors, said brokerages.

Despite this, domestic realisation is expected to increase by Rs 2,000 per tonne, said an Edelweiss report.

The company does have a captive source of coking coal up to 25-30 per cent which could lend support to realisations.

On a consolidated basis, however, a sharp improvement in earnings before interest, taxes, depreciation and ammortisation (EBITDA) is likely for Tata Steel led by turnaround performance of European operations, it said.

For Naveen Jindal-led Jindal Steel & Power (JSPL), despite a sharp uptick in sales volume, its EBITDA for July-September quarter is expected to be impacted by higher coking coal and iron ore prices.

On the realisation front, steel longs have declined by Rs 2,000 per tonne sequentially, accentuating EBITDA further, said the Edelweiss report.

JSPL’s steel sales volume surged 32 per cent sequentially in the September quarter and 10 per cent year-on-year to hit a record of 2.13 million tonne during the quarter.

In Q2FY22, JSPL steel sales for the first time breached 2 million tonne for the quarter, said the company in its recent release.

For Sajjan Jindal-led JSW Steel, EBITDA growth led by higher realisation, stable sequential volumes and reliance on exports would be the key for the quarter gone by.

Overseas subsidiaries are likely to do well owing to robust prices.

In JSW Steel’s India operations, crude steel produced for the quarter under preview stood at 4.92 million tonne, up 26 per cent year-on-year and flat from the preceding quarter.

In the company’s US operations, production was up 12 per cent sequentially.

Domestic steel prices have been muted compared to April-June and there has been a divergence between flat and long products prices, said Systematix Institutional Equities.

July-September being a seasonally weak quarter has also led to feeble demand in the domestic market, leading companies to turn to exports for increased sales.

On the other hand, on a year-on-year basis, net sales and profit growth for the steel pack is expected to be strong due to a low base and sharp increase in steel prices.

Analysts at IDBI Capital, thus say, that the deleveraging will continue.

“Higher profits will lead to strong improvement in balance sheets of steel companies which should likely improve further during H2FY22 in our view,” it said.

International thermal coal prices have surged by more than 100 per cent since May’21 to about $240 per tonne.

This has increased the competitiveness of domestic aluminium producers who procure more than 80 per cent of the coal at fixed prices from Coal India, it said.

Anil Agarwal-led Vedanta Limited’s EBITDA in the quarter under preview is seen rising 58 per cent year-on-year and 4 per cent sequentially.

In the case of the aluminium industry, prices of both alumina and aluminium have gone up, which in turn will push up realisations for the companies.

The current thermal coal shortage situation for the domestic aluminium industry, though continues and has been an issue since a month, but production of the metal has not been impacted even as coal stockpiles have taken a hit dropping to 3-4 day levels from usual 20-25 days inventory, said industry officials.

For India’s largest coal miner, Coal India’s topline and bottomline performance for the quarter under preview is expected to be muted sequentially, while on YoY basis it is seen as a mixed bag.

According to Bloomberg estimates, earnings are seen falling 7.2 per cent in July-September from the preceding quarter but could be flat YoY, while topline is also expected to be flat sequentially and up 19 per cent YoY.

Assuming spot coking coal prices remain unchanged, how much of this impacts EBITDA per tonne in Q4FY22 will depend on steel price hikes in second half of the fiscal, auto exposure, contract price hikes, volume growth and fixed cost absorption along with captive coking coal and sourcing patterns, said JP Morgan’s Asia Pacific Equity Research report.