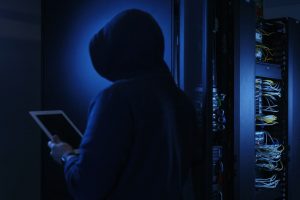 Jonathan Toebbe – a nuclear engineer with the U.S. Navy – has been charged with trying to sell secrets regarding the country’s nuclear submarines for cryptocurrency.

Toebbe Is Charged with Conspiracy to Pass Along Restricted Data

The scheme was allegedly uncovered by the Federal Bureau of Investigation (FBI) in late 2020. Agents posing as foreign nationals reached out to Toebbe with an offer of paying digital currency in exchange for information about the U.S.’s nuclear sub program. After Toebbe – with much resistance – took the bait, a criminal complaint was filed against the engineer and his wife Diane in West Virginia.

Court documents explain that Toebbe “has passed and continues to pass restricted data as defined by the Atomic Energy Act… to a foreign government… with the witting assistance of his spouse.”

The FBI first became familiar with the engineer’s plans when they intercepted a package that was being delivered to an unspecified foreign country. The package contained several documents and letters detailing operations of the U.S. Navy. In addition, a separate note detailed how representatives of the nation and the sender could potentially remain in communication via encrypted messages.

Please forward this letter to your military intelligence agency. I believe this information will be of great value to your nation. This is not a hoax.

The FBI then began posing as representatives of the country in question. They reached out and pressed for more information as though they were eager to take up the offer. Initially, Toebbe refused to meet and was rather hesitant to move forward despite allegedly being the instigator. Toebbe claimed in initial emails that by meeting with them, he was potentially risking his life and reputation.

The note also suggested that Toebbe was after approximately $100,000 in crypto in exchange for the information. The document states:

I understand this is a large request. However, please remember I am risking my life for your benefit, and I have taken the first step. Please help me trust you fully.

The FBI was able to gain Toebbe’s trust by paying him in installments. They initially paid him $10,000, then $20,000 for information that was eventually delivered through drop-offs in West Virginia. Toebbe would leave certain data cards at various locations in West Virginia while his wife served as a lookout.

The Final Nail in the Coffin

Eventually, the FBI paid Toebbe the final $70,000 and received a key with information about how the cards could become unencrypted. The information contained within the delivered packages involved statistics pertaining to Virginia-class nuclear sub reactors. Each one costs approximately $3 billion.

Both Toebbe and his wife were arrested on October 2 and have been charged with conspiracy to communicate restricted data and the communication of restricted data. Toebbe has been working with the Navy for approximately nine years, while his wife works as a high school teacher.