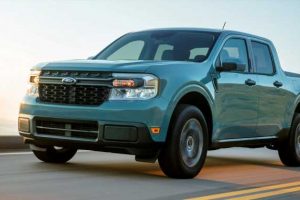 Ford Motor Co. (NYSE: F) introduced its hybrid-electric compact Maverick pickup Tuesday morning, saying the 2022 model year base vehicle is targeting EPA-estimated mileage of 40 mpg in city driving. Based on the company’s estimated fuel consumption of 37 mpg, the Maverick’s range on a full tank of gasoline is expected to be about 500 miles. The kicker is the manufacturer’s suggested retail price of $19,995.

The power train includes a 162-hp 2.5-liter inline four-cylinder engine and a 94-kilowatt electric motor that combine for 191 horsepower. This is not a truck for racing. Ford also will offer a 2.0-liter turbo-4 gasoline-powered version that generates 250 horsepower that will have more towing capacity but reduced fuel efficiency. Green Car Reports has more details. The Maverick pickup is expected to begin deliveries this fall, and Ford is accepting reservations now.

Five years ago, the Massachusetts Institute of Technology and the Amsterdam Institute for Advanced Metropolitan Studies began collaborating on a self-driving electric boat they dubbed the Roboat. Trials of the new self-driving boat have begun on Amsterdam’s canals and developers expect to spend two to four years perfecting the self-steering technology.

According to a report at CleanTechnica, the Roboats have four battery-powered thrusters that can push the boat through the water at about 4 mph. A single charge could power the Roboat for 12 to 24 hours, depending on the battery’s size. A computer using cameras and sensors steers the boat. This is what the Roboat looks like. 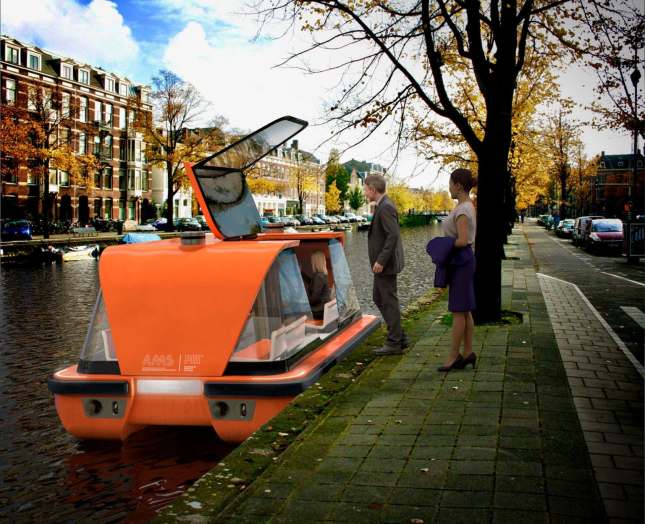 Finally, in business news, Wedbush analyst Dan Ives continues to believe that Tesla Inc. (NASDAQ: TSLA) will reach a share price of $1,000 “soon,” according to a report at Electrek. Ives set his price target in early April, and issued a new note Monday, pointing at the coming electrification of the Chinese auto market:

Taking a step back, only 5% of auto sales in China are EV driven today and we believe this transformational consumer demand will see a doubling of EV deliveries in this key region over the next two years with Tesla a major beneficiary along with domestic pure plays NIO, Xpeng, Li Auto, and others.

A recent report noted that net new orders in China fell by nearly 50% last month and sales dropped by 25%. That does not mean, however, that Tesla is losing in China. Electrek’s Fred Lambert agrees with Ives: “Tesla’s troubles in China are going to look like child’s play when 40-50% of car buyers are going to be hungry for EVs.” Lambert noted that Tesla corralled 80% of the U.S. market for EVs in 2020 without the benefit of the $7,500 federal incentive:

Can you imagine how many it could sell if the buyers had access to a $10,000 incentive? Everything they can make, which is going to be a lot more in the US once Gigafactory Texas starts producing vehicles later this year.