Home » Business » This Is America\u2019s Most Dangerous City for Driving

This Is America\u2019s Most Dangerous City for Driving 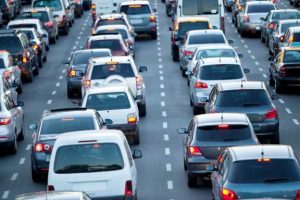 During the COVID-19 pandemic, American motorists have decreased their amount of driving precipitously as they worked remotely instead of commuting and stayed at home instead of going out to restaurants, shows, and sporting events. Counterintuitively, however, that has not resulted in safer roads.

To find the most dangerous city for driving, RV rental company Outdoorsy researchers created a composite index, combining relative likelihood of a collision, total motor vehicle fatalities, and share of fatal collisions involving a drunk driver. According to the results, Dallas ranks as the city with the most dangerous roads, beating out Baton Rouge, Louisiana, and San Bernardino, California, in second and third places, respectively.

“Unfortunately, the pandemic and the resulting economic dislocations and stay-at-home orders have been accompanied by a sharp increase in risky driving and fatal crashes,” wrote the National Highway Traffic Safety Administration (NHTSA) in January, in ”An Open Letter to the Driving Public.”

Preliminary data for 2020, the agency said, suggests a sharp increase in risky behavior behind the wheel and more fatal crashes. People were driving faster in select metropolitan areas, were driving while impaired by drugs or alcohol, and were not wearing seat belts. (In April of last year, double the usual number of people were thrown from their vehicles during crashes.)

Some U.S. cities are more perilous than others. In addition to differences in driver behavior, this may be due to the fact that speed limits and other traffic safety laws vary from state to state, and the fact that road maintenance is better in some places than others.

This ranking of America’s most dangerous cities for drivers as of 2019 is based on information collated from both governmental and private sources by the RV rental company Outdoorsy.

Researchers analyzed data from the National Highway Traffic Safety Administration’s Fatality Analysis Reporting System, Allstate America’s Best Drivers Report 2019, and the U.S. Census Bureau. Only major American cities with data available from all three data sources were included, and in the event of a tie, the city with the longest period between collisions ranked better.

Click here to see the most dangerous cities for driving.