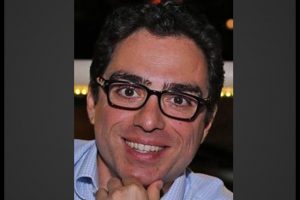 Iranian American businessman Siamak Namazi has started a seven-day hunger strike in an Iranian jail and appealed to President Joe Biden to make efforts to liberate him from Iran’s custody.

It says Namazi sent a letter to Biden on Monday, which marked the seventh anniversary of the release of five US citizens in a prisoner swap with Iran.

Here are some excerpts from the letter:

“When the Obama Administration unconscionably left me in peril and freed the other American citizens Iran held hostage on January 16, 2016, the U.S. Government promised my family to have me safely home within weeks.”

“All I want sir, is one minute of your days’ time for the next seven days devoted to thinking about the tribulations of the U.S. hostages in Iran. Just a single minute of your time for each year of my life that I lost in Evin prison after the U.S. Government could have saved me but didn’t.”

Dubai-based businessman Siamak Namazi was arrested in mid-October 2015 and sentenced to 10 years in prison on charges of collaborating with a foreign government to overthrow the Iranian regime.

His father Baquer had also been arrested on spying charges and released later.

Washington has repeatedly said it is working to free Namazi and other U.S. citizens who are unjustly held by Iran.

They include 67 year old environmentalist Morad Tahbaz, who holds a dual U.S.-British nationality, and 58 year-old businessman Emad Shargi. Both of them were arrested in Iran in 2018.