Home » Economy » More people are living to 100. Is the world ready?

More people are living to 100. Is the world ready? 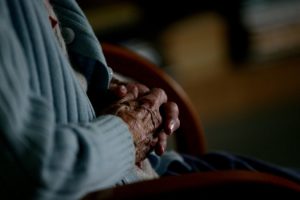 Today’s 5-year-olds have it even better than you think.

In the wealthiest nations, more than half of these tykes will live to at least 100, the Stanford Centre on Longevity expects.

But a society full of centenarians poses a profound challenge for the world’s advanced economies and many of its companies: How do you adapt to an older world and pay for the inevitable pension time bomb ticking in the background as this super-ager cohort approaches retirement age? 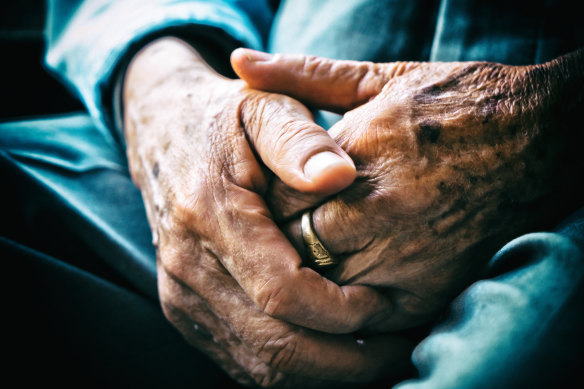 The government is promising to increase the threshold for the Commonwealth seniors’ health card.Credit:iStock

As the Stanford Centre puts it, “The 100-year life is here. We’re not ready.”

The real-world effect of the worries about the long-life paradox were on full display this week: In France, nationwide strikes and protests brought the country to a standstill at the government’s deeply unpopular attempt to reform pension rules; in China, authorities reported that the population was falling for the first time in six decades; and at the World Economic Forum in Davos, Switzerland, business leaders and policymakers grappled with the consequences of this demographic conundrum.

In France (life expectancy: 82), workers and students took to the streets to protest President Emmanuel Macron’s push to overhaul the pension system and raise the minimum retirement age to 64 from 62 by 2030, an attempt to tame the country’s ballooning social welfare costs. (In the United States, where the life expectancy is 77, the typical retirement age is 67, but workers as young as 62 can begin collecting Social Security benefits.)

France spends just over 14 per cent of its GDP on pensions, one of the highest rates among the group of rich countries that compose the Organisation for Economic Cooperation and Development (OECD). “We need to work more,” Macron said in a New Year’s address, to “pass on to our children a fair and durable social model, because it will be credible and financed in the long term.”

The situation is more grim in China (life expectancy: 78), which is confronting a shrinking population. One reason: it costs more to raise a child in parts of China than it does in the United States, a reality that’s pushing families and professional women to choose not to have children (despite a number of government inducements to get them to do so). The not-too-distant impact: a shortage of workers could imperil economic growth and torpedo Beijing’s ability to raise sufficient funding through taxation of the younger, working population to support the biggest population of pensioners on the planet. 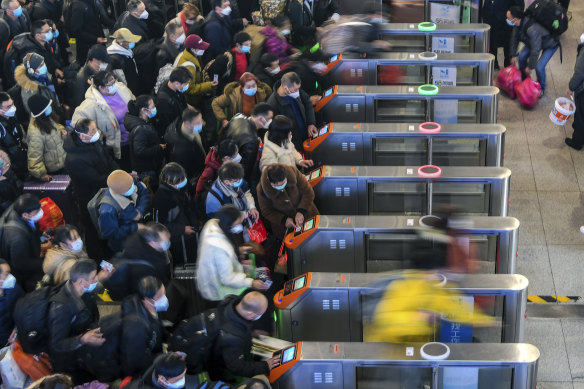 China will no longer get express growth from population expansion.Credit:AP

“Just over half of the 81 sovereigns we have analyzed would have credit metrics that we associate with speculative-grade sovereign credit ratings (‘BB+’ or below) by 2060.”

Welcome to the ‘Longevity Economy’

At the World Economic Forum, organisers tried their best to change the gloomy Malthusian narrative about ageing. Talk of time bombs or a “silver tsunami” was out, replaced by high-level discussions on what the forum calls the “longevity economy.” A central theme: if we’re expected to live longer, we’re going to have to adjust some life goals and work longer, too.

Darryl White, the chief executive of the Canadian bank BMO, said society needed to consider a different kind of life hack. For starters, we have to ditch the first-school-then-work-then-retire framework. Life is “nonlinear,” he told a panel on super-aging.

Upskilling and reskilling are important to this strategy, an investment obligation that will need to be shared by employees, employers and governments. The upside: the WEF calculates that by improving access to reskilling and lifelong learning, workplace productivity would increase and add $US8.3 trillion ($11.9 trillion) to global gross domestic product by 2030.

Giving workers the opportunity and resources to work well beyond their retirement age is good for society and companies, said Lynda Gratton, a professor of management practice at London Business School and a co-author of “The Hundred-Year Life: Living and Working in an Age of Longevity.”

“We know that when people stopped working in their early 60s, their social capital deteriorates. Their networks deteriorate. They’re not so cognitively active,” she told DealBook. Plus, a longer stint in the workplace would help their personal finances, which would ease pressure on the pension system.

“I would like companies to have to report how many people are employed at different ages so we can get a sense of, ‘Are you employing people in their 60s and 70s?‘” Such a measure, she believes, would pressure management to recruit from a broader talent pool. And companies would see the benefits of building multigenerational workplaces.

‘A huge burden on the young generation’

Young people struggling to break into their careers might want to see such data reported, too. Noura Berrouba, president of the National Council of Swedish Youth Organisations, told the WEF panel that age-based discrimination affects the job prospects of the old and young alike.

“If we’re being honest, the way our demographic curve is bending, it’s going to be a huge burden on the young generation,” she said.

She proposed more progressive tax policy, fairer wages and more corporate governance scrutiny to ensure that enough money is going into the collective pot to fund more people getting a social security check.

Governments have made steady changes to national retirement policies in recent years. The OECD average for the minimum retirement age is 62.5 but will tick up to 64 in the coming years as a number of countries, including Denmark, the Netherlands and Sweden, push up the minimum pension age to correspond with increases in life expectancy.

Hervé Boulhol, a senior economist at the OECD specialising in pensions, bristles at the idea of an aging time bomb threatening the world’s biggest economies. But he does see a risk if policymakers and business leaders fail to address the matter. “Yes, the clock is ticking,” he said.