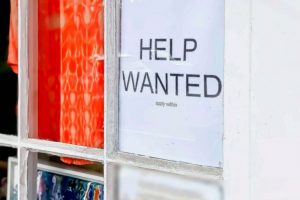 Nearly 8,000 people in Colorado have applied for a state program that gives up to $1,600 in “incentive” payments to unemployed people who return to work full time.

In the less than three weeks since the “Colorado Jumpstart” program was announced, the state’s Department of Labor and Employment reported that it has received 7,953 claimants as of Monday.

Colorado Jumpstart promises payments of $1,600 to those who are currently receiving state unemployment benefits or Pandemic Emergency Unemployment Compensation benefits and return to work full time by May 29 and $1,200 payments for those who return by June 26. The initiative was part of an executive order signed by Gov. Jared Polis as COVID-19 restrictions eased and businesses struggled to bring their staff back.

It is being funded by the Coronavirus Relief Fund, which is federal money stemming from the March 2020 CARES Act. Participants become eligible for the first half of their payment after approximately four weeks of employment, and eligible for the remaining half after eight weeks, according to the state’s labor department.

A handful of states have announced similar initiatives and cash payments to encourage those who have been unemployed long term or pushed out of work by the pandemic to return to the workforce, after an apparent labor shortage in the restaurant industry has left businesses reeling.

Some Republican lawmakers attributed the hiring issues to enhanced unemployment benefits, though many economists have refuted this. A handful of governors still curtailed pandemic unemployment aid, and the low hiring numbers also sparked a debate about about dismal wages in the service industry.

Meanwhile, as the nation reopens and the pandemic eases, the U.S. Bureau of Labor Statistics reported on Tuesday that there were a record 9.3 million job openings in April.