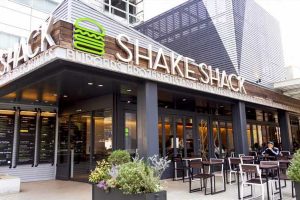 Last June, the manager of a Shake Shack was accused of poisoning three New York City Police Department officers after they complained they were “not feeling well” after drinking milkshakes from his store.

However, an NYPD investigation found there was “no criminality” done by any Shake Shack employees. Now the manager at the time, Marcus Gilliam, is suing members of the NYPD, the City of New York, as well as the unions that represent police and detectives, according to NBC News.

In the lawsuit filed Monday, Gilliam claims the June 15, 2020, incident damaged his reputation and he suffered “emotional and psychological damages.” Gilliam is seeking damages for alleged defamation and deprivation.

The three officers had visited the Lower Manhattan Shake Shack to pick up strawberry, vanilla and cherry shakes. The suit claims the officers ordered their shakes via the mobile applications, and the drinks were waiting for them before they arrived.

“Since the orders were placed using a mobile application, and not in person, Mr. Gilliam and the other Shake Shack employees could not have known that police officers had placed the order,” the lawsuit said.

The officers said the drink didn’t taste right, threw them in the trash and told Gilliam. He then apologized and offered the officers vouchers for free food and milkshakes. The officers accepted and left.

But they later reported to their sergeant that Gilliam had put a “toxic substance” they believed to be in bleach in their shakes. The next few hours resulted in the police declaring the store a crime scene and detaining Gilliam and his coworkers, according to the suit.

Gilliam said he spent over three hours at the police station. The investigation eventually cleared Gilliam of any wrongdoing, and the lawsuit said security footage from the restaurant also showed no one had tampered with the drinks.

The PBA wrote that the officers’ drinks had been intentionally spiked with “a toxic substance, believed to be bleach or a similar cleaning agent.” While the NYPD’s detectives union posted a similar message on Twitter.

“Tonight, three of our fellow officers were intentionally poisoned by one or more workers at the Shake Shack,” the detectives’ union wrote in a message on Twitter. “Fortunately, they were not seriously harmed.”

Shake Shack spoke out at the time, tweeting that they were “horrified” by the reports.

We are horrified by the reports of police officers injured at our 200 Broadway Shack in Manhattan. We are working with the police in their investigation right now.

As a result of the public attention, the suit says people would show up to the restaurant to taunt Gilliam. It is unclear whether Gilliam is still employed by Shake Shack.

“Defendants Lynch, PBA and DEA were grossly irresponsible in disseminating the tweets since there was no evidence whatsoever that plaintiff or his employees had poisoned the officers,” the suit said.