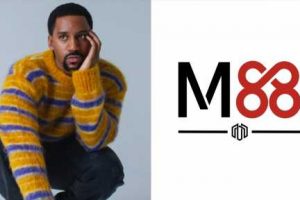 EXCLUSIVE: Siddiq Saunderson has signed with M88 for representation.

Most recently, Saunderson portrayed rapper Dennis Coles in the Hulu series Wu-Tang: An American Saga during the show’s first two seasons. A loving 19-year-old who would do anything to protect his friends and family, Dennis, aka “D-Love,” also has an untapped talent that helps him grow into the artist Ghostface Killah. The drama returns for its third and final season on February 15, 2023.

This year, Saunderson will also be seen in the BET original film Kemba, inspired by the life of criminal justice reform advocate Kemba Smith. He will star as Khalif, Kemba’s college boyfriend.

Previously, Saunderson played Mercutio in the indie drama R#J. The “Gen Z” version of Romeo & Juliet, which premiered at Sundance, was adapted by Timur Bekmambetov and directed by Carey Williams.

He will continue to be represented by Innovative, Jill Fritzo PR, and Goodman, Genow, Schenkman, et al.