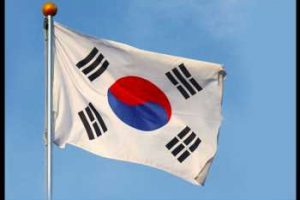 South Korea’s producer prices rose at the slowest annual pace in twenty months in December and the pace eased for a sixth month in a row, thanks to a let up in inflationary pressures in the manufacturing sector due to the fall in oil prices and a weaker dollar, preliminary figures from the Bank of Korea showed Friday.

The producer price index, or PPI, rose 6.0 percent year-on-year following a 6.2 percent increase in the previous month. The rate was the lowest since April 2021, when it was at the same level.

Pipeline inflation has been slowing since June, when it peaked at 10.0 percent.

The country’s consumer price inflation was steady at 5.0 percent in December, while core inflation slowed to 4.1 percent.

Earlier this month, the central bank raised its benchmark rate by a quarter-point to 3.5 percent as inflation is expected to remain above target for a considerable time.

The central bank has hiked its policy rate by altogether 300 basis points in the current tightening cycle that began in August 2021, taking the rate to the highest since 2008.

Economists said the bank has likely hit the pause button with the latest hike amid the slowing inflation and the weakening growth outlook.

For the whole year 2022, South Korea’s producer prices rose 8.4 percent after a 6.4 percent increase in the previous year. The full year inflation rate was the fastest since 2008.