Tesla Cuts Prices In US, Europe To Boost Demand 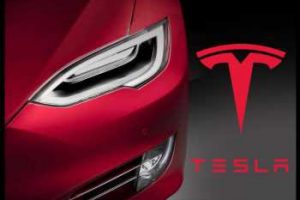 Tesla Inc. has reduced its electric vehicle prices in the United States and Europe, aiming to boost demand, Reuters reported. The move comes nearly one week after the luxury electric major slashed prices at its biggest international market in China.

Following the news, Tesla shares were losing more than 4 percent in Frankfurt as well as in the pre-market activity on Nasdaq.

In the U.S., the prices have been cut on the Model 3 sedan, Model Y crossover SUV, Model X luxury crossover SUV and Model S sedan. According to Reuters, the U.S. price cuts ranged between 6% and 20% compared with prices prior to the discount.

In Germany, prices of Model 3 and the Model Y were cut. The vehicle prices were also reduced in Austria, Switzerland and France.

Last week, the luxury electric car maker had announced reduction in prices for its Model 3 and Model Y vehicles in China to boost sales amid weak deliveries. Tesla has also cut prices in South Korea, Japan, Australia and Singapore.

Meanwhile, after the company announced the price cuts, Chinese buyers of Tesla electric cars started protesting demanding refund of the price difference. Hundreds of clients, who bought vehicles late last year, gathered in Tesla showrooms and delivery centers in the country to protest.

Despite significant COVID and supply chain-related challenges throughout 2022, vehicle deliveries in the year grew 40 percent year-over-year to 1.31 million, while production grew 47 percent from a year ago to 1.37 million.

The latest developments come as Tesla is seeing sharp drop in its stock value after Musk agreed to a $44 billion takeover of Twitter as well as due to concerns about deliveries.

In early January, Tesla made China Head Tom Zhu as the highest-profile executive after Musk, with direct oversight for deliveries in all of its major markets and operations of its key production hubs.