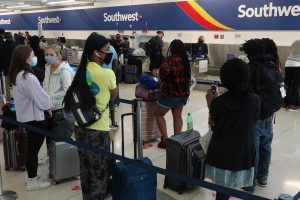 New York (CNN Business)The problems at Southwest Airlines run deeper than the operational meltdown that caused more than 2,000 flight cancellations in recent days. And they’ll continue well after the airline is back on schedule.

Although this weekend’s problems were mainly limited to Southwest, it is by no means the only airline struggling to restore staff and flights that were trimmed during the pandemic. Fixing these problems will be expensive and time-consuming — and are likely to cause further pain for passengers returning to the skies.
Southwest said a number of issues caused the weekend cancellations, including bad weather and a brief problem at the Air Traffic Control center in Jacksonville, Florida. But those hiccups caused only minimal disruptions at other airlines, and Southwest admitted to its employees Monday that things cascaded out of control over the weekend because the airline doesn’t have adequate staffing.

“We are still not where we want to be with staffing, and in particular with our flight crews,” Chief Operating Officer Mike Van de Ven said in a recorded video to employees. A transcript of the recording was shared with CNN.

“We simply need more staffing cushion for the unexpected in this environment and we are bringing new people onboard every day,” he said.

The airline has roughly 7,000 fewer employees today than it did pre-pandemic. Its most recent headcount, reported to the Transportation Department in August, was 54,500, down from the nearly 61,300 employees in August 2019.
When air travel plunged in early 2020, all the airlines offered buyouts and early retirement packages to trim staff. All are now trying to hire new workers, but it has been a slow process. That means that these kinds of service disruptions are likely to occur again.
“Southwest’s problems this weekend are not unique to Southwest. They’ve had them across the industry,” said Capt. Dennis Tajer, an American Airlines pilot and spokesman for the Allied Pilots Association. “American had its share of problems this summer. They were not able to connect the pilots with the airplanes.”

Tajer said the union is particularly concerned with how the airlines will handle the surge in passengers during the Thanksgiving and December holiday periods.
“We want that flying to get done, but we don’t want tickets sold that can’t be fulfilled,” he said. “Are they biting off more they can they chew?”
And it’s not just the pilots unions complaining that members are at a breaking point due to short staffs and uncertain schedules. Unions for flight attendants, mechanics and other employees are also upset about working conditions. Flight attendants joined pilots in complaining about the lack of hotel rooms. And their unions say they are stretched thin and in some cases quitting their jobs due to the alarming number of incidents involving unruly passengers.
Those problems won’t be fixed any time soon, predicted Philip Baggaley, chief credit analyst for airlines at Standard & Poor’s
“The airlines are trying to navigate a difficult period. They reduced staffing quite a bit during the pandemic. Now they’re ramping back up while the demand situation is somewhat uncertain,” Baggaley said. “It’s certainly not a problem unique to Southwest. It’s a little bit like the supply chain problems that have been publicized elsewhere.”
Pilots at both American Airlines and Southwest were already planning informational picket lines at major airports later this year to highlight their grievances about how their airlines are operating. The picket lines, which do not represent a strike or other job action, are scheduled for each of the next three weeks at American.
The Southwest Airlines Pilots Association filed a suit against the airline in August, arguing that it is violating terms of its labor contract. The union issued a statement Monday blaming this weekend’s problems on management.
“What was a minor temporary event for other carriers devastated Southwest Airlines because our operation has become brittle and subject to massive failures under the slightest pressure,” said Casey Murray, president of SAPA. “Our pilots are tired and frustrated because our operation is running on empty due to a lack of support from the company.”
Southwest insists it is doing what it can to support its employees and to accommodate tens of thousands of passengers who were affected by the meltdown. That includes cutting back on its schedule of flights to ensure it has the staff it needs.
The airline has “already made significant reductions from our previously published November and December schedules,” Van de Ven said, “and if we think we need to do more, we will.”
But Murray told CNN that more hiring and more canceled flights are not the answer. 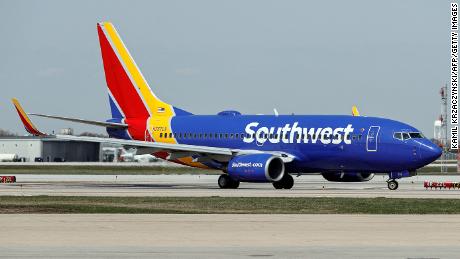 Murray denied rumors from over the weekend that the staff shortage was caused by some kind of “sick-out” by Southwest pilots unhappy with operations or the airline’s recently announced mandate that all employees must be vaccinated against Covid.
“Our sick rates are right in line to where they were this summer,” Murray said, and the number of pilots signing up for flights is as high as it has ever been, he added.
Source: Read Full Article