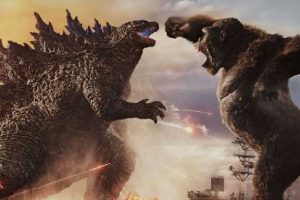 The movie theater business was nearly destroyed in 2020 due to the pandemic. AMC Theater’s parent company almost went under. Domestic ticket sales dropped from $11.3 billion in 2019 to $2.3 billion in 2020, a falloff of 81%. Almost all the 2020 ticket sales were in the first 75 days of the year, before COVID-19 closed public facilities. Movie after movie scheduled for 2020 was pushed into 2021.

The movie industry also has been affected by the fact that HBO Max parent AT&T started to release most major Warner Bros. movies online at the same time they hit theaters. This almost certainly will continue to draw audiences from theaters to their home screens.

Movie theater ticket sales this year have been nearly as dismal as last year, even though some theaters have begun to open. Ticket sales through April 4 have reached only $275 million. Movies like “Wonder Woman 1984” would have grossed hundreds of millions of dollars without the pandemic. Instead, its total domestic box office sales to date were only $46.1 million.

“Godzilla vs. Kong” should have grossed hundreds of millions of dollars in domestic ticket sales. The figure is only $48.5 million, which leads all movies in theaters so far this year. As a sign of how successful it might have been, international box office sales so far have reached $236.9 million.

The industry faces the hard fact that millions of people may never go back to the movies. They have become used to the high-end programming that Netflix, Disney+, HBO Max and Amazon Prime bring them. Many people spend $50 a month or more for streaming services. That is money that might have gone to theaters.

The list of the top 10 grossing movies based on domestic sales this year shows how badly the industry has been crippled. Data is from Box Office Mojo.

Click here to read about the 55 best movies ever made.