Home » Business » This Country Has The Most Expensive Gas Prices

This Country Has The Most Expensive Gas Prices 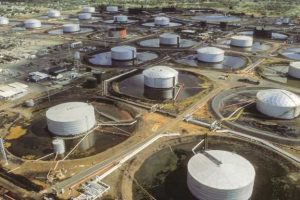 There are several factors that affect gas prices. Crude oil is the first among those. The cost of refining is another. Refineries are shut down from time to time, either because of weather or maintenance. Transportation costs are yet another. One reason gas prices are high in Hawaii is because of the transportation costs from the West Coast or from Asia. Also, gas taxes vary from state to state and country to country.

The price of oil is at the high end of the range where it has traded in the three years. Crude trades at about $70 a barrel now. It has been as high as $80 two years ago and as low as $20 last year. Whenever oil runs to $80, there is speculation that it will run to $100. At that level, gas prices would almost certainly top $4 and would start to affect the larger economy.

Just like the price of gas differs from one U.S. state to the next, the price of gasoline can differ dramatically from country to country around the globe. In some oil-rich nations, such as Saudi Arabia, governments subsidize fuel. In other nations, oil can be hard to access, or it is heavily taxed, or expensive due to geopolitical conflicts.

To identify the country with the most expensive gas, 24/7 Wall St. relied on gas prices per liter obtained on Aug. 24, 2021 from Numbeo — an online database of user-contributed data about cities and countries worldwide. We used data for 109 countries with sufficient numbers of contributors and then converted to price per gallon. Numbeo aggregates data for countries in real-time so it may change faster than government data sets. Population figures came from the World Bank and are for 2020.

When we looked at the highest prices by nation, we found most of the countries are in Europe, including all Nordic nations. Island nations Japan and New Zealand also rank high. South America and Africa are among the least represented, while no country from North America made the list. The U.S. does not rank on the list because prices are comparatively low here.

Finally, rising fuel prices also substantially affect prices across the economy. Nearly every good is transported using gasoline, from raw materials to end products. In 2020, the U.S. industrial sector accounted for 36% of total U.S. end-use energy consumption, according to the Energy Information Administration. So when the price of oil goes up, it causes other prices to also increase.

The country with the highest gas price is Hong Kong which has an average price per gallon this August of $8.86.