Home » Business » This Is the Most Popular House in America

This Is the Most Popular House in America 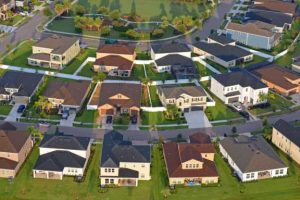 Home sales this year will top 6.5 million in America. That is much higher than any year since 2005.

There has been a home-buying frenzy in 2021. Tens of thousands of people have left the expensive coastal cities with median home prices that can be more than twice the national average to cities inland with lower home prices, lower costs of living and perceived better quality of life.

Much of the movement has been helped by the COVID-19 pandemic “work from home” environment. Increasingly, people can simply live where they want to. Ironically, the rush to places like Boise (where many west coast people go) has driven prices up by percentages well into the double digits.

Realtor.com has put together a list of the most popular homes of 2021, based on how many people viewed an individual home on the Realtor.com website.

The researchers found that the way a house was described is critical to page views, apparently more than location or prices. The authors commented, “It worked! The Tampa, FL, residence marketed as the ‘worst house on the block’ became the most popular home on Realtor.com in 2021.”

The most popular home of the year was 37913 Avoca Avenue, Zephyrhills, Florida. It was listed in February for $69,000 and sold in April for $51,500. It went back on the market in July for $225,000 and sold for that price in October. The house was a “tear down,” and the owners who bought the house in February treated it as such. What was described as a “shack” is now a three-bedroom, two-bathroom home on a 0.45 acre. Everything in the house is new, from the HVAC to the roof.

Zephyrhills is a suburb northeast of Tampa. According to the Census Bureau, it had a population of 6,456, which is a surge of 18.7% from 2020. Over 73% of the population is white, while another 18% is Hispanic/Latino. Zephyrhills is extremely poor. Its median income of $36,260 is just above half the national number. The poverty rate of 18.2% is much higher.

Click here to see the most affordable places to buy a house in the South.