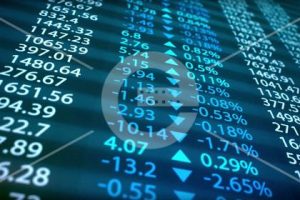 All major indexes fell on the first day of a shortened trading week ahead of the holidays. With Christmas falling on a Saturday, financial markets will be closed Friday.

Not even record-setting ticket sales for Spider-Man: No Way Home could keep exhibitors in the green with AMC Entertainment and Imax down, respectively, by 6.6% and 3.4%.

The Nasdaq has lost 1.8% and the S&P 500 and Dow 1.7% and 1.8% each — meaning a nearly 650-points drop for the DJIA. The broader Russell 2000 has fallen by a hefty 2.54%. Today’s declines follow steep losses last week as the variant began to take hold along with investor jitters over its possible economic fallout.

Countries from Israel to Germany to Ireland have imposed curfews and travel restrictions. The Netherlands announced a nationwide lockdown of non-essential stores, bars and restaurants. Denmark closed schools. New York and LA are heavily hit and increasingly concerned. Colleges have started to announce they are moving back to remote. Companies are delaying back to work mandates. Omicron has pushed CNN to close its offices, Starz and Lionsgate just did the same. It has canceled movie premieres and sporting events and complicated the outlook for production. Media insiders — like everyone else — are wondering if it’s possible to balance on the precipice and come out on the other side without reverting to 2020’s drastic measures.

The annual January gathering of world leaders, billionaires and executives in Davos, Switzerland was just postponed. The World Economic Forum, which puts it on, said Monday it “will defer its Annual Meeting in Davos, Switzerland, in the light of continued uncertainty over the Omicron outbreak.” It’s now planned for early summer.

The in-person event from Jan. 17-21 was set to address “economic, environmental, political and social fault-lines exacerbated by the pandemic.”

Among nearly 50 media and tech stocks tracked by Deadline, only a handful were trading higher, and barely so, including Netflix (the ultimate stay-at-home stock), Endeavor, Cinemark, AT&T (which had fallen so low it may have started to look attractive) and Chicken Soup for the Soul (which earlier today expanded a stock buyback program).

The Omicron variant has been reported in about 89 countries, with cases doubling every 1.5 to 3 days.

Oscars International Feature Shortlist: Which Films Could Make The Cut