Home » Business » This Is the State Where People Cannot Pay Mortgages

This Is the State Where People Cannot Pay Mortgages 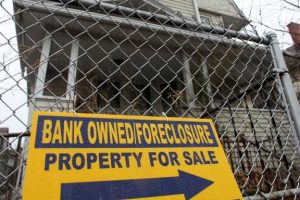 The housing boom that began last year and has accelerated this year continues to be extraordinarily strong, based on data as recent as July. Several things have fueled the surge in prices. One is low mortgage rates that have made homes more affordable. Upper-class and middle-class buyers have incomes that largely were not hurt by the COVID-19 pandemic economic downturn. In fact, a run-up in the stock market and in home equity has made many of these people more financially secure. Finally, people who can now work from home have moved from the country’s most expensive markets, like New York City and San Jose, to places where median home prices are lower.

Not all homeowners have been so fortunate. The pandemic did rob many people of their jobs. Even though national unemployment had dropped to just above 5%, millions of Americans are out of work. That means a portion of the population struggles to pay rent and mortgages. The Household Pulse Survey, conducted by the Census Bureau, shows that the housing problem is geographically uneven. So does research from private real estate companies.

To identify the states where people cannot pay their mortgages, 24/7 Wall St. reviewed state-level delinquency and foreclosure rates from CoreLogic, an online housing data solutions company. The primary measure was the percentage of mortgages in serious delinquency. Serious delinquency is defined as mortgage payments 90 days past due. Foreclosure is defined as property officially seized by the creditor due to the inability to make payments. Median home value figures were one-year estimates from the Census Bureau’s 2019 American Community Survey.

The state where people cannot pay their mortgages is New York. Here are the details:

Click here to see all the states where people cannot afford their mortgages.