Home » Business » This Is The Worst State To Work In America

This Is The Worst State To Work In America 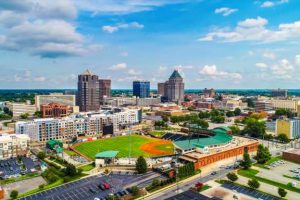 There are a large number of studies about which cities and states are best to work in. Among the most well-known are those from U.S. News and Wallet Hub. These are based on unemployment, job growth, job satisfaction, and the variety of industries. A news study uses different yardsticks, which rely primarily on whether a state is worker-friendly.

The new Oxfam America “Best and Worst States to Work in America 2021” used the measures of 1) wage policies, 2) worker protections, and 3) rights to organize. Each state is rated on a scale of 1 to 100 based on the grades for each of these three factors. OxFam is a nonprofit with the mission of lowering poverty. According to Becker’s Hospital Review’s analysis of the Oxfam research:

For its study, Oxfam looked at three categories: wages (40 percent of overall score), worker protections (35 percent) and the right to organize (25 percent).

Based on the Oxfam survey, the worst state to work, by far, is North Carolina with a score of 6.19. Among the reasons it rates so poorly is that it gets a zero for “right to organize”

Left out of the analysis are several other important pieces of data. Among them is state unemployment. North Carolina’s at 4.4% in July, is well below the national average according to the Bureau of Labor Statistics.

The median household income in North Carolina is well below the national number of $63,179 according to the Census. The North Carolina figure is $53,369. However, North Carolina also has among the lowest annual costs of living.

Across all of the studies of which are the best states to work (and, in some cases, to live), what is lost is that different media and organizations have not agreed on a standard set of measures. That means each survey has a built-in weakness, and also some bias. What someone makes in wages, or how they make it, is not a sufficient yardstick. Quality of life is another, and Oxfam has a very narrow view of what goes into that.