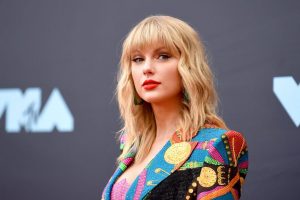 No Taylor? No peace!

A gaggle of Taylor Swift fans are suing Ticketmaster over its botched November 15 ticket sale for her Eras Tour.

The fans collective are suing the company for “fraud, price-fixing, and antitrust violations,” accusing it of “intentional deception” that allowed scalpers to buy most of the tickets.

Ticketmaster controls the primary ticket sales market, and has a stake in the secondary market as well. The lawsuit alleges they were “eager to allow” scalpers into the presale event in order to collect extra fees on resold tickets.

The lawsuit (read it here) contends that even if there was no intentional collusion, the company wasn’t prepared for the ticketing onslaught, an accusation Swift herself has made.

Named in the lawsuit is L.A. County, the location of Ticketmaster parent company Live Nation. The lawsuit asks for the court to hit the company with a civil fine of $2,500 per violation, which would add up to a substantial amount for a stadium show.

Ticketmaster apologized to Swift and fans after the presale, blaming an overwhelming surge and bot attacks for creating a massive demand. That activity locked out many fans that had registered and received special codes allowing ticket purchases. Additionally, the public ticket sale was canceled because of limited amounts of tickets left.

Swift claimed she was “assured” Ticketmaster could handle the expected high demand for tickets. She lamented that “It really pisses me off that a lot of (fans) feel like they went through several bear attacks to get them.”

Ticketmaster claimed that more than 3.5 million people registered for the presale, the largest registration in history.

See All The Panels From Deadline’s Awards-Season Event