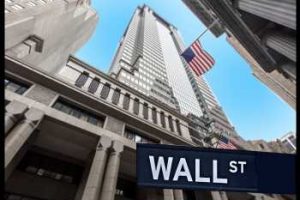 Stocks moved mostly higher in early in the session on Tuesday and continue to turn in a strong performance in afternoon trading. With the upward move on the day, the Dow has reached a three-month intraday high.

Shares of Best Buy are surging by 11.7 percent after the company reported better than expected third quarter results and raised its full-year guidance.

On the other hand, shares of Zoom (ZM) have come under pressure after the video conferencing platform reported better than expected third quarter results but provided disappointing guidance.

Overall trading activity remains somewhat subdued, however, with a lack of major U.S. economic data keeping some traders on the sidelines.

Reports on durable goods orders and new home sales may attract attention on Wednesday along with the minutes of the latest Federal Reserve meeting, although many traders will already have headed out for the Thanksgiving Day holiday.

“Some traders are looking ahead to the upcoming Minutes, but they are dated (before the cool October inflation report) and will likely show many Fed members have an unclear rate path as inflation is a tricky beast to slay,” said Edward Moya, senior market analyst at OANDA.

Gold stocks continue to turn in some of the market’s best performances on the day, driving the NYSE Arca Gold Bugs Index up by 4.2 percent.

The rally by gold stocks comes even through the price of the precious metal is little changed, with gold for December delivery inching up $0.50 to $1,740.10 an ounce.

Energy stocks are also seeing significant strength amid a sharp increase by the price of crude oil, as crude for January delivery is jumping $1.73 to $81.77 a barrel.

Reflecting the strength in the energy sector, the Philadelphia Oil Service Index, the NYSE Arca Oil Index and the NYSE Arca Natural Gas Index are all up by 3.2 percent.

Semiconductor, chemical and steel stocks are also seeing notable strength on the day, moving higher along with most of the other major sectors.

In overseas trading, stock markets across the Asia-Pacific region turned in a mixed performance during trading on Tuesday. Japan’s Nikkei 225 Index climbed by 0.6 percent, while Hong Kong’s Hang Seng Index tumbled b1.3 percent.

In the bond market, treasuries have moved higher after ending the previous session roughly flat. As a result, the yield on the benchmark ten-year note, which moves opposite of its price, is down by 5.6 basis points at 3.769 percent.