Ahmet Ertegun sued by woman who says he sexually assaulted her

Music manager sues estate of late Atlantic Records co-founder who ‘sexually assaulted her for decades’, under NY’s new Adult Survivors Act: ‘Groped her, masturbated in front of her and tried to force her to perform oral sex on him’

A former talent spotter for Atlantic Records has accused the company’s founder of range of sexual offenses, 16 years after his death.

The sexual assault took place at his home in Manhattan’s Upper East Side during an event that ‘ostensibly was supposed to be about establishing a business relationship.’ Several other music executives were present at the event, Roeg says in the lawsuit.

In addition to the physical assaults, Roeg says that Ertegun engaged in ‘abusive sexual conduct’ that ‘continued for years and even decades.’

The lawsuit was filed under New York’s Adult Survivors Act, the same law being used by writer E. Jean Carroll in her lawsuit against ex-President Donald Trump. The law went into effect on November 24 and allows accusers to sue abusers beyond the normal statute of limitations.

Ertegun died in 2006 at the age of 83 following injuries he sustained after falling backstage at a Rolling Stones concert.

His estate is thought to be around $300 million. Roeg is seeking a jury trial in her allegations, with jurors establishing how much in damages she should receive. 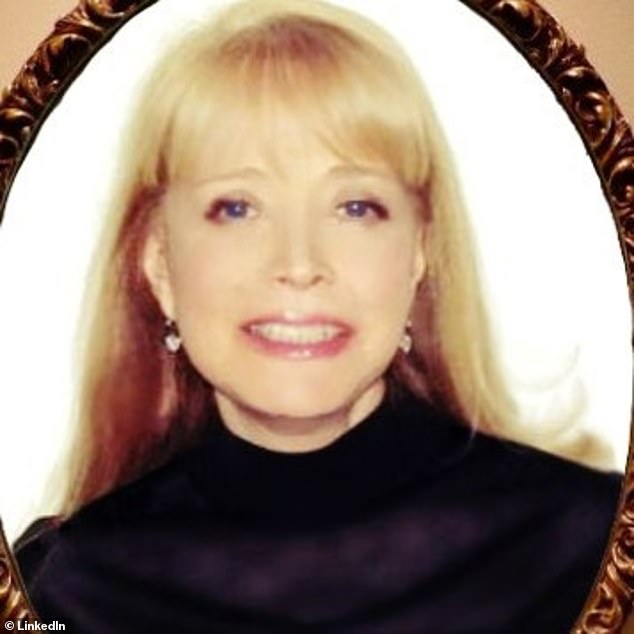 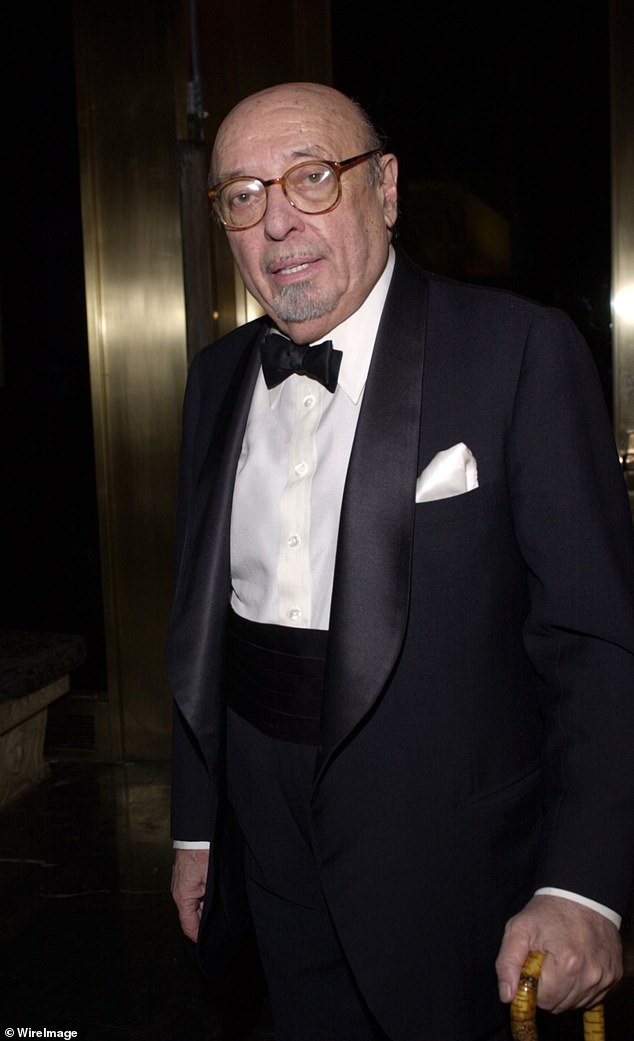 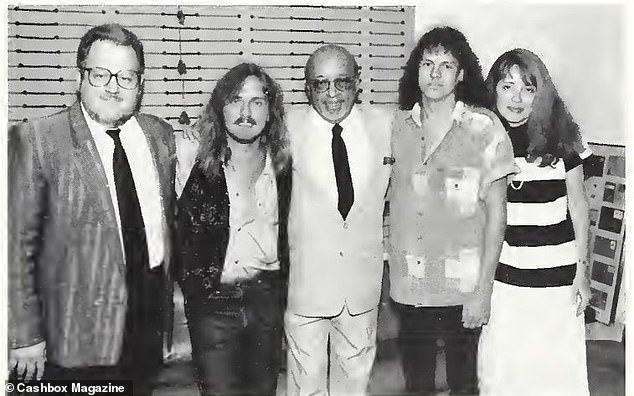 The pair first met in Atlantic’s offices in 1983 when Ertegun’s label was discussing signing an artist that Roeg was managing.

At the time Roeg began working for Atlantic, she was managing acts such as Lynyrd Skynyrd and Bad Company. In 1990, Roeg was pictured alongside Lynyrd Skynrd singer Johnny Van Zant for Cashbox Magazine.

The complaint says that the meeting ended with Ertegun putting his hand up Roeg’s skirt while she was looking for a contact lens.

The music manager ended up working at Atlantic Records for more than two decades. During that time she says that Ertegun routinely groped her and at least once attempted to force her to perform oral sex on him in his car.

While acknowledging that Ertegun has been dead for 16 years, one section of the lawsuit reads: ‘The harm done to Ms. Roeg by his humiliating and painful assaults on Ms. Roeg still has not healed many years later.’

Roeg is being represented in the lawsuit by Lawrence Pearson. He writes in the complaint: ‘As Ms. Roeg shows in her Complaint, the ‘sex, drugs, and Rock n’ Roll’ culture in the music industry at companies like Atlantic Records was taken as license by powerful men like Ahmet Ertegun to engage in sexual assault and other abuse of women.’

He continues: ‘Now, Ms. Roeg and other survivors of sexual assault who in past years were forced into silence due to the threat of retaliation or loss of their careers can get justice under the Adult Survivors Act.’

In the exchange, Ertegun allegedly asked her: ‘Can you show me your t***?’ When Roeg said that she forcefully tried to leave, the Rock and Roll Hall of Fame founder pinned her against a wall, continued to touch himself and ‘soiled her shirt.’ 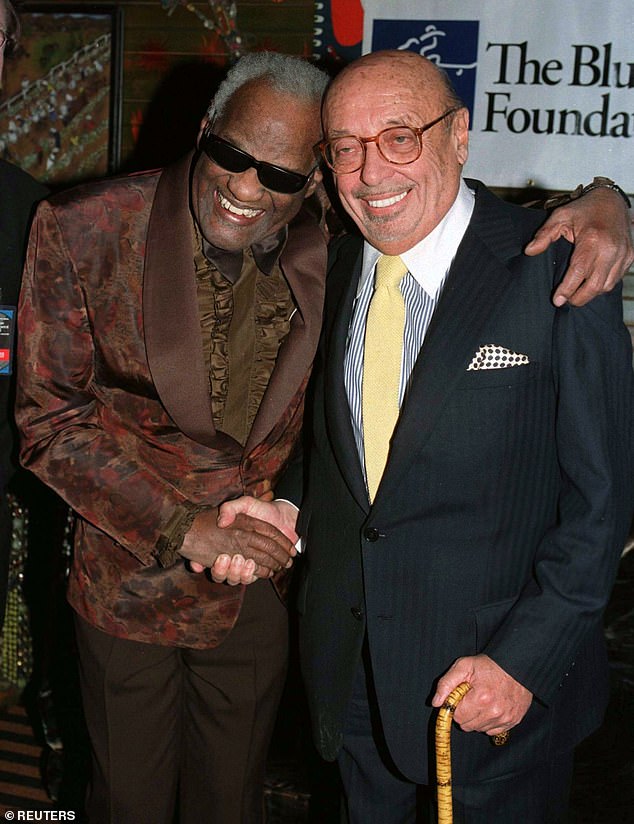 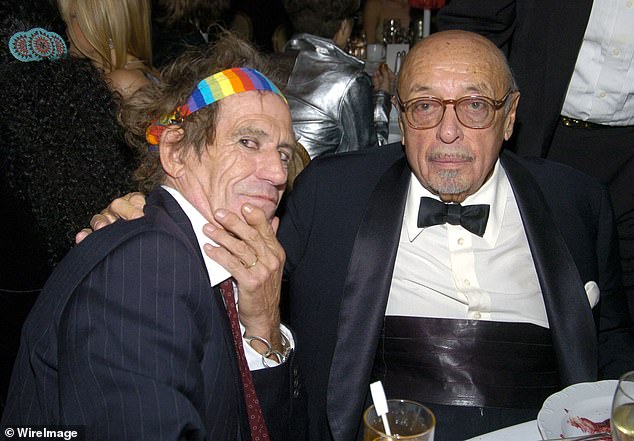 Roeg also accuses Ertegun of fostering a culture of misogyny at Atlantic Records that included sexual comments made about women at meetings and bragging by executives about their sexual exploits.

The company is accused of having a ‘laissez-faire approach to sexual misconduct.’

In 2017, Ertegun’s one-time assistant and long time Atlantic employee, Dorothy Carvello, published a tell-all book about the music industry titled ‘Anything for a Hit.’

The book details, Ertegun’s sexual advances towards her. In the same book, Carvello repeatedly refers to Roeg as Ertegun’s ‘girlfriend.’

A passage in the book reads: ‘Ahmet says of all the women he dated, Janice was the only one he’d marry.’ From 1961 until his death, Ertegun was married to Romanian heiress Ioana Maria ‘Mica’ Grecianu.

Roeg addresses this in her complaint and is adamant that she never had a consenting sexual relationship with Ertegun.

In a statement to the Los Angeles Times, a spokesperson for Warner Music Group and Atlantic Records said that the company takes ‘allegations of misconduct very seriously.’

The press release continued: ‘These allegations date back nearly 40 years, to before WMG was a standalone company.’

It went on: ‘We are speaking with people who were there at the time, taking into consideration that many key individuals are deceased or into their 80s and 90s. To ensure a safe, equitable, and inclusive working environment, we have a comprehensive Code of Conduct, and mandatory workplace training, to which all of our employees must adhere. We regularly evaluate how we can evolve our policies to ensure our work environment is free from discrimination and harassment.’