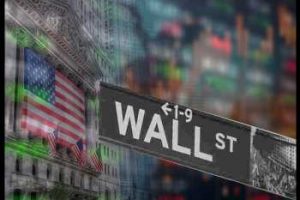 Stocks have moved moderately lower in morning trading on Wednesday, extending the sharp pullback seen over the two previous sessions. The major averages have all moved to the downside, further offsetting the strong gains posted last week.

The continued weakness on Wall Street comes as traders look ahead to the Federal Reserve’s highly anticipated monetary policy announcement this afternoon.

Many traders expect the Fed to begin raising interest rates shortly after bringing its asset purchase program to a halt next year.

Concerns the Fed may be scaling back stimulus at a time economic growth is slowing may be weighing on the markets after the Commerce Department released a report showing retail sales rose by much less than expected in November.

The Commerce Department said retail sales edged up by 0.3 percent in November after soaring by an upwardly revised 1.8 percent in October.

Economists had expected retail sales to increase by 0.8 percent compared to the 1.7 percent spike originally reported for the previous month.

Excluding sales by motor vehicle and parts dealers, retail sales still rose by 0.3 percent in November after surging by 1.8 percent in October. Ex-auto sales were expected to jump by 1.0 percent.

The continued weakness in the sector comes amid a steep drop by the price of crude oil, with crude for January delivery slumping $1.12 to $69.63 a barrel.

Substantial weakness has also emerged among steel stocks, as reflected by the 3.0 percent nosedive by the NYSE Arca Steel Index.

In overseas trading, stock markets across the Asia-Pacific region turned in a mixed performance during trading on Wednesday. Japan’s Nikkei 225 Index inched up by 0.1 percent, while China’s Shanghai Composite Index fell by 0.4 percent.

In the bond market, treasuries have climbed back near the unchanged line after seeing early weakness. As a result, the yield on the benchmark ten-year note, which moves opposite of its price, is up by less than a basis point at 1.439 percent.