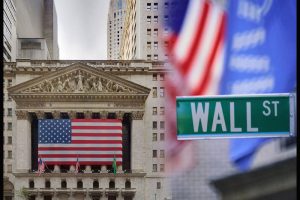 Stocks have moved mostly higher over the course of morning trading on Tuesday, with the major averages climbing firmly into positive territory after initially showing a lack of direction. With the upward move, the Dow has reached its best intraday level in well over two months.

The markets are benefitting from recent upward momentum, with the major averages adding to the strong gains posted in the two previous sessions to further offset last week’s pullback.

The continued strength on Wall Street comes as traders await the outcome of today’s U.S. midterm elections, which will determine control of Congress.

Republicans are expected to take control of the House and possibly the Senate, and traders are said to prefer a divided government, as times when the White House and Congress are controlled by opposite parties have historically been positive for Wall Street.

Meanwhile, traders continue to look ahead to Thursday’s report on consumer price inflation, as the data could have a significant impact on the outlook for interest rates.

Gold stocks are moving sharply higher in morning trading, driving the NYSE Arca Gold Bugs Index up by 4.9 percent to its best intraday level in a month.

The rally by gold stocks comes amid a notable increase by the price of the precious metal, with gold for December delivery jumping $26.60 to $1,706.10 an ounce.

Significant strength has also emerged among semiconductor stocks, as reflected by the 2.3 percent surge by the Philadelphia Semiconductor Index. The index has also reached a one-month intraday high.

Chemical stocks are also seeing considerable strength following upbeat earnings news from DuPont (DD), resulting in a 2.2 percent leap by the S&P Chemical Sector Index. With the gain, the index has risen to its best intraday level in almost two months.

Computer hardware, steel and biotechnology stocks are also seeing notable strength, while tobacco stocks are giving back some ground.

In overseas trading, stock markets across the Asia-Pacific region turned in a mixed performance during trading on Tuesday. Japan’s Nikkei 225 Index shot up by 1.3 percent, while China’s Shanghai Composite Index fell by 0.4 percent.

The major European markets have also turned mixed on the day. While the U.K.’s FTSE 100 Index has edged down by 0.1 percent, the French CAC 40 Index is up by 0.3 percent and the German DAX Index is up by 0.7 percent.

In the bond market, treasuries are regaining ground after trending lower over the past few sessions. As a result, the yield on the benchmark ten-year note, which moves opposite of its price, is down by 5.9 basis points at 4.155 percent.