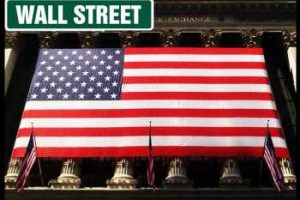 Following the sell-off seen in the previous session, stocks have shown a lack of direction during trading on Tuesday. The major averages moved to the upside early in the session but have spent the day bouncing back and forth across the unchanged line.

The choppy trading on Wall Street comes as traders are looking ahead to the Federal Reserve’s monetary policy announcement on Wednesday.

The Fed is widely expected to leave monetary policy unchanged but could address the outlook for its asset purchase program.

The minutes of the Fed’s last meeting signaled the central bank was prepared to begin scaling back asset purchases by the end of the year.

With some recent disappointing economic data suggesting the Fed could push back its plans, traders are likely to pay close attention to the wording of the post-meeting statement.

On the U.S. economic front, new residential construction in the U.S. increased by more than expected in the month of August, according to a report released by the Commerce Department on Tuesday.

The report said housing starts jumped by 3.9 percent to an annual rate of 1.615 million in August from a revised rate of 1.554 million in July.

Economists had expected housing starts to increase to a rate of 1.580 million from the 1.534 million originally reported for the previous month.

The Commerce Department also said building permits spiked by 6.0 percent to an annual rate of 1.728 million in August from a revised rate of 1.630 million in July.

Building permits, an indicator of future housing demand, had been expected to drop to a rate of 1.610 million from the 1.635 million originally reported for the previous month.

Gold stocks have shown a strong move to the upside on the day, driving the NYSE Arca Gold Bugs Index up by 1.3 percent. The index ended the previous session at its lowest closing level in well over a year.

The rebound by gold stocks comes amid an increase by the price of the precious metal, with gold for December delivery climbing $14.80 to $1,778.60 an ounce.

Notable strength is also visible among biotechnology stocks, as reflected by the 1.1 percent gain being posted by the NYSE Arca Biotechnology Index.

In overseas trading, stock markets across the Asia-Pacific region turned in a mixed performance during trading on Tuesday. Japan’s Nikkei 225 Index tumbled by 2.2 percent, while Hong Kong’s Hang Seng Index rose by 0.5 percent.

In the bond market, treasuries are little changed as traders look ahead to the Fed’s monetary policy announcement. Subsequently, the yield on the benchmark ten-year note, which moves opposite of its price, is up by less than a basis point at 1.311 percent.