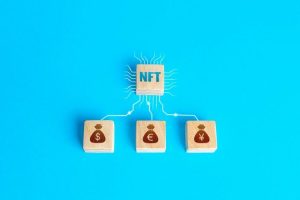 An enterprising 12-year-old boy has helped in the development of a non-fungible token (NFT) art collection that managed to generate $5 million in the first three weeks after its release.

According to a report by CNBC, Benyamin Ahmed, a 12-year-old coder from London, partnered with the developers behind the Boring Bananas Co. over the summer to create Non-Fungible Heroes, an NFT collection with 8,888 comic book-style heroes and villains.

Ahmed had previously come to fame after the launch of the Weird Whales NFT project, which netted him close to $400k in two months.

Non-Fungible Heroes, which launched in September, sold out its entire collection in just 12 minutes, and as of October 1 had managed to generate more than $5 million.

It was a crazy adrenaline rush. You really never know how popular your product is until you let the public at it.

Ahmed worked as a developer and on technical support for the project, helping to code the project’s web app and smart contract.

I have been working closely with the NFH team since the beginning… The Weird Whales community has taught me a lot about what works and doesn’t work, and so I brought the experiences I had there with me.

Ahmed did not disclose his total earnings, but said he had received a percentage of the NFT collection’s initial sales. He also explained his interest in developing NFTs beyond using them as a cash grab.

The 12-year-old coder claimed the NFT industry was building something that would have the potential to “disrupt the entire media and entertainment industry.” Ahmed said his ultimate goal with Non-Fungible Heroes was to turn it into the first NFT to “make it to a theater near you.”

Image by A M Hasan Nasim from Pixabay